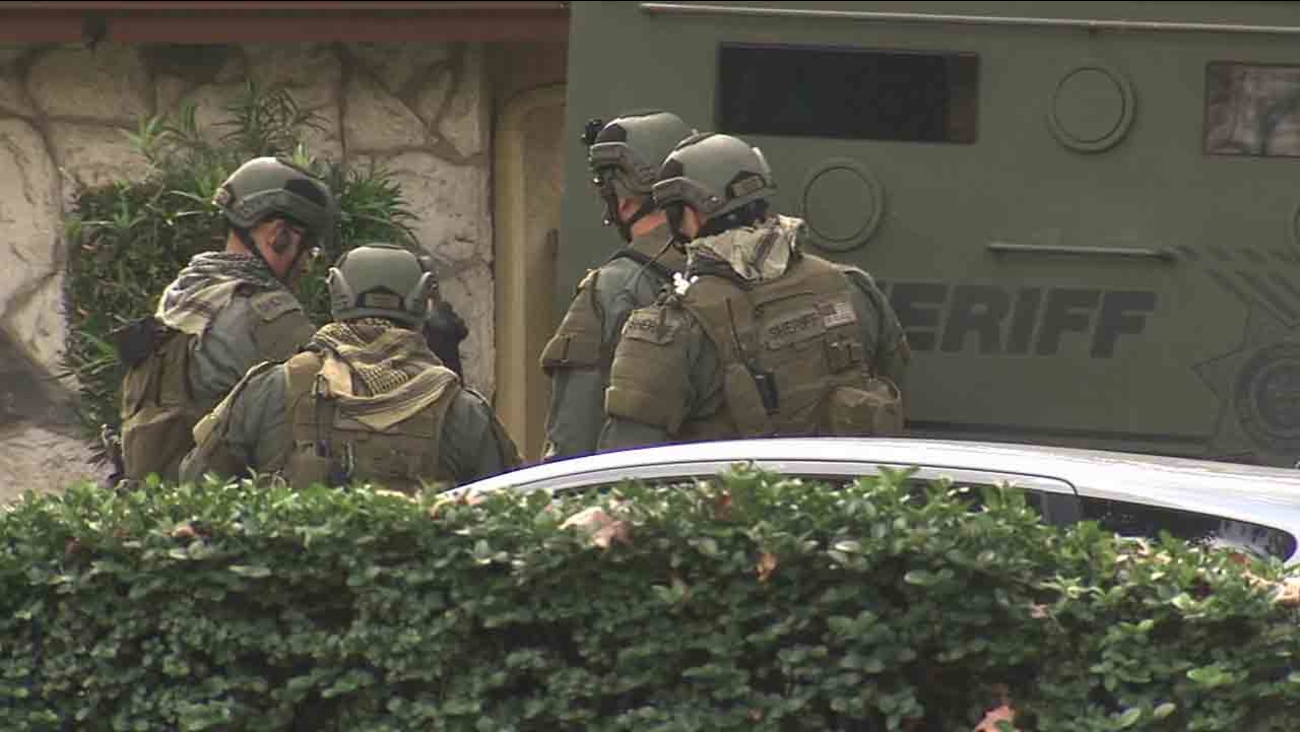 SWAT officers surround an apartment complex in the 1400 block of Randy Street in Upland Saturday, Jan. 31, 2015.

The suspects, two of whom are 15 years old, allegedly robbed a dispensary in the 700 block of North Mountain Avenue at about 11 p.m. Friday.

The suspects also shot a man in the leg during the robbery. The male victim was transported to Arrowhead Regional Medical Center with non-life threatening injuries.

Two others affiliated with the medical marijuana dispensary were also injured. One of the three victims was pistol-whipped, according to Upland police.

All three victims, including the man who was shot in the leg, were robbed and zip-tied. The suspects also stole a car belonging to one of the three victims.

Three of the four suspects were found hiding at an apartment complex in the 1400 block of Randy Street and arrested by SWAT officers. A fourth suspect was found at a nearby apartment complex and taken into custody around 11:45 a.m.

Residents were evacuated during the standoff.

"I had two SWAT guys pound on my door and tell me that I was in the line of fire and that I had to leave," said Melinda Dane.

The suspects, described as four Hispanic males, are facing robbery, assault with a deadly weapon and kidnapping charges.