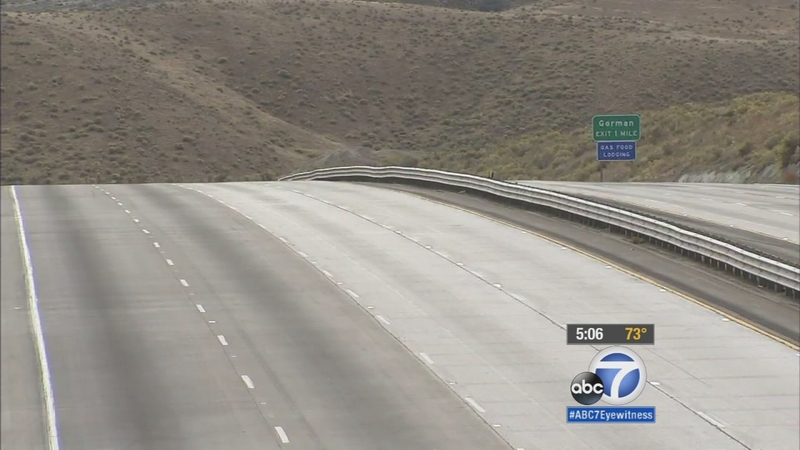 GORMAN, Calif. (KABC) -- The northbound and southbound lanes of the 5 Freeway reopened Friday afternoon near the Tejon Pass in north Los Angeles County.

Several feet of mud, debris and car-sized boulders blocked the highway as a powerful cell hit the area around 3 p.m. Thursday, stranding hundreds of vehicles and forcing some motorists to take refuge on top of their cars.

Nearly 3 inches of rain fell in the affected area, portions of which were covered with golf ball-sized hail.

On Friday morning, about 15 cars were wedged in the debris. There were no reports of deaths or injuries from the flooding.

After removing the debris, a geologist checked the stability of nearby slopes before the freeway reopened, California Department of Transportation spokeswoman Lauren Wonder said.

"There could always be more slide that comes down onto the road," she said. "Our engineers are always very careful so they make sure in a flood situation, any hillside is secure."

Until then, northbound traffic was being directed off the freeway three miles north of Santa Clarita at Parker Road and southbound traffic at Grapevine Road, according to the CHP.

Northbound motorists were advised to exit the 5 Freeway and take westbound SR-126 to the northbound 101 Freeway.

The National Weather Service said a flash-flood watch went into effect at noon Friday for the mountains and deserts because of the threat of more severe and slow-moving thunderstorms, which raises the potential for flash floods and debris flows.