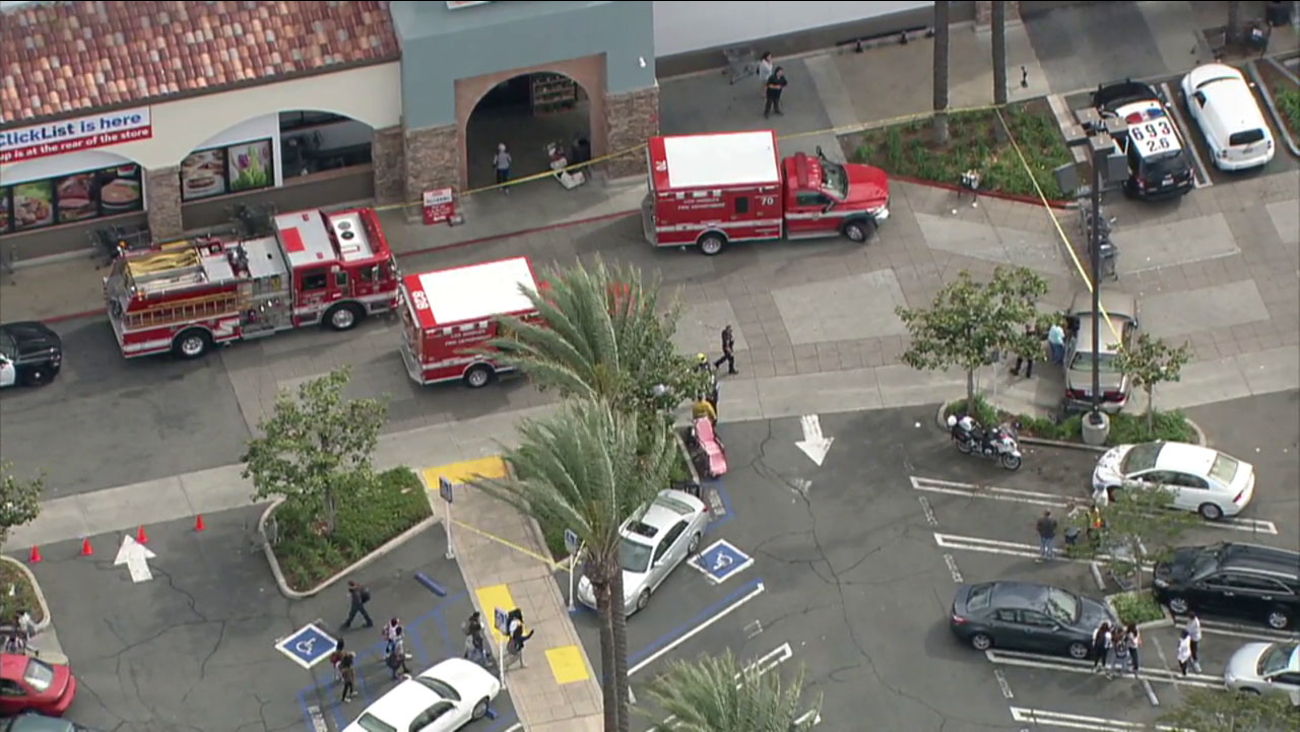 Five pedestrians were injured by a car in a Ralphs parking lot in Granada Hills.

Five people were struck and injured by a car at a Ralphs parking lot in Granada Hills Tuesday, officials said.

The collision was reported at 3:18 p.m. at the shopping center at 18010 Chatsworth St., near Zelzah Avenue.

Identities of the victims and driver have not been released.