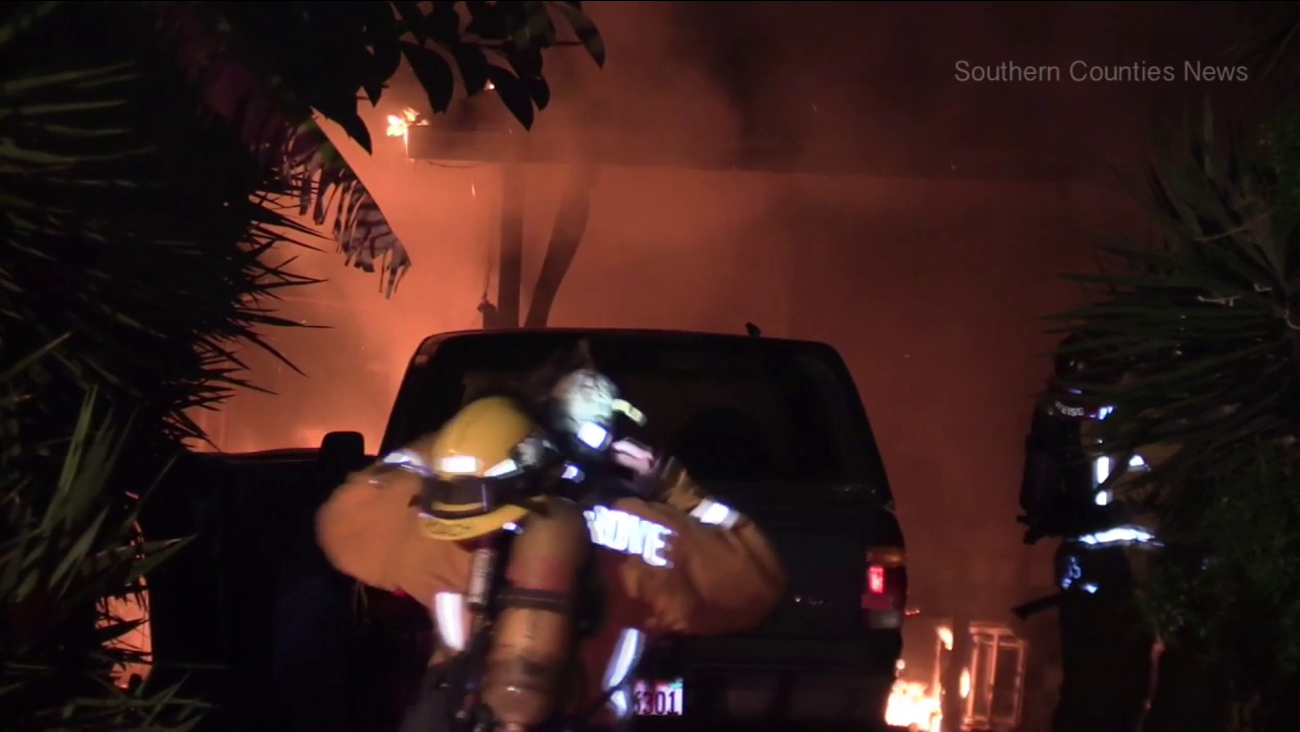 Firefighters are seen outside a burning home in Santa Ana on Saturday, March 11, 2017. (Southern Counties News)

The blaze was reported at 11:47 a.m. at a single-story residence in the 4800 block of Morningside Avenue, according to the Orange County Fire Authority.

After arriving to find two victims standing outside the home, firefighters searched the burning structure and extracted three other people, officials said. All five suffered burns and smoke inhalation.

A woman in her 30s was listed in critical condition and a woman in her 50s was stable after both were rushed to UC Irvine Medical Center. A 15-year-old girl and a 59-year-old man were transported to Orange County Global Medical Center in Santa Ana and listed in stable condition. The fifth victim declined hospitalization.

Among the deceased animals were several cats and at least one dog, according an OCFA spokesperson.

No one was arrested in the incident, the Santa Ana Police Department said.