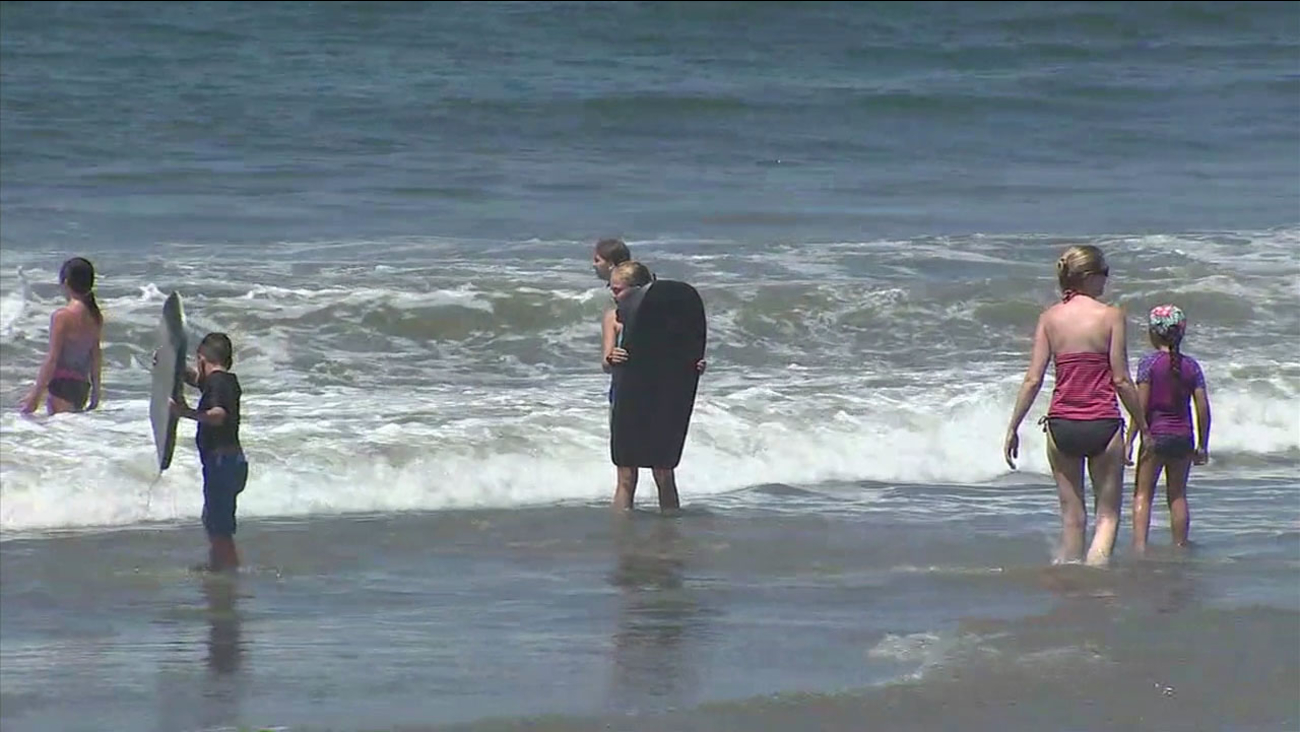 Children play at a beach in Southern California in a file photo. (KABC)

LOS ANGELES (KABC) -- Five Southern California beaches were placed on Heal the Bay's "Beach Bummer" list, which ranks the 10 most polluted beaches in the state.

The list is part of a 2016-17 survey the organization does when it monitors the quality of water at beaches across the state. California's heavy rain season has led to poor quality beach water, according to the report.

It said that bacterial pollution at some of the most popular beaches across the state spiked dramatically over the year as beaches were monitored periodically. The heavy rainfall created billions of gallons of polluted runoff that eventually drained into the ocean, according to the report.

The top five most polluted beaches were in Orange, Los Angeles and San Diego counties. They were listed as follows:


The report also said that nearly half of the 85 beaches in Los Angeles County that were monitored year-round earned F grades from the organization during the rainy season. During the summer reporting period, which was from April to October 2016, none of the beaches received an F grade.

The failing grades appear to show a significant health risk to tens of thousands of people who visit Southern California beaches, the report said. It added that anyone who took a swim in some of the contaminated beaches could contract a respiratory or gastrointestinal illness.

But on a good note, the report also highlighted that 93 percent of beaches received A grades during the summer period, which was a 4 percent increase from the 2015 summer period.

Of the 117 beaches monitored in Orange County, 95 percent of them received an A grade during that period, and all 40 beaches in Ventura County received perfect scores for the seventh year in a row, according to the report.

Heal the Bay recommends that beachgoers do not swim at beaches with a grade C or lower because they pose a higher risk of getting sick.