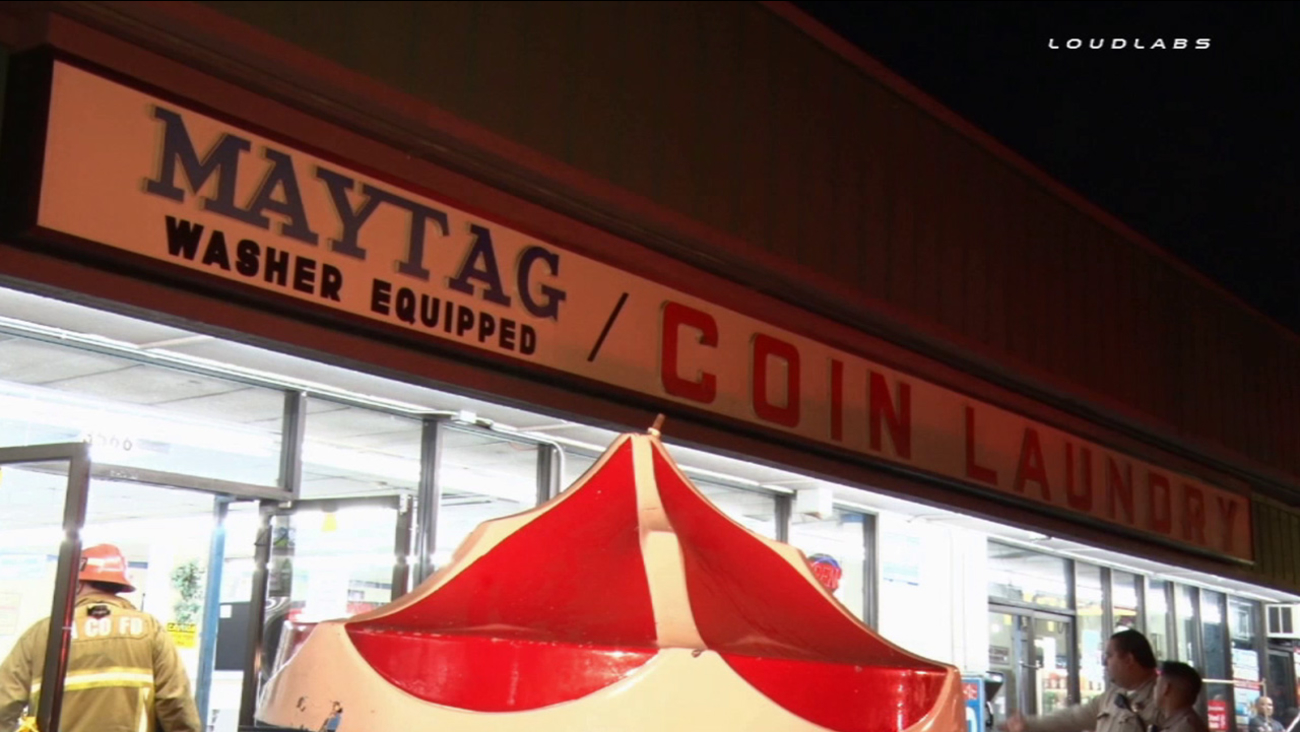 LYNWOOD, Calif. (KABC) -- An SUV plowed into a laundromat in Lynwood, injuring at least three people, including the driver.

The crash occurred shortly after 8 p.m. Sunday in the 3500 block of Martin Luther King Boulevard, while the laundromat was packed with families. The glass at the front of the business was shattered and the area near the door was destroyed.

Police identified the driver as a 63-year-old woman. She and two other people were taken to a hospital.

The cause of the crash was under investigation. It was unclear if drugs or alcohol played a role in the collision.