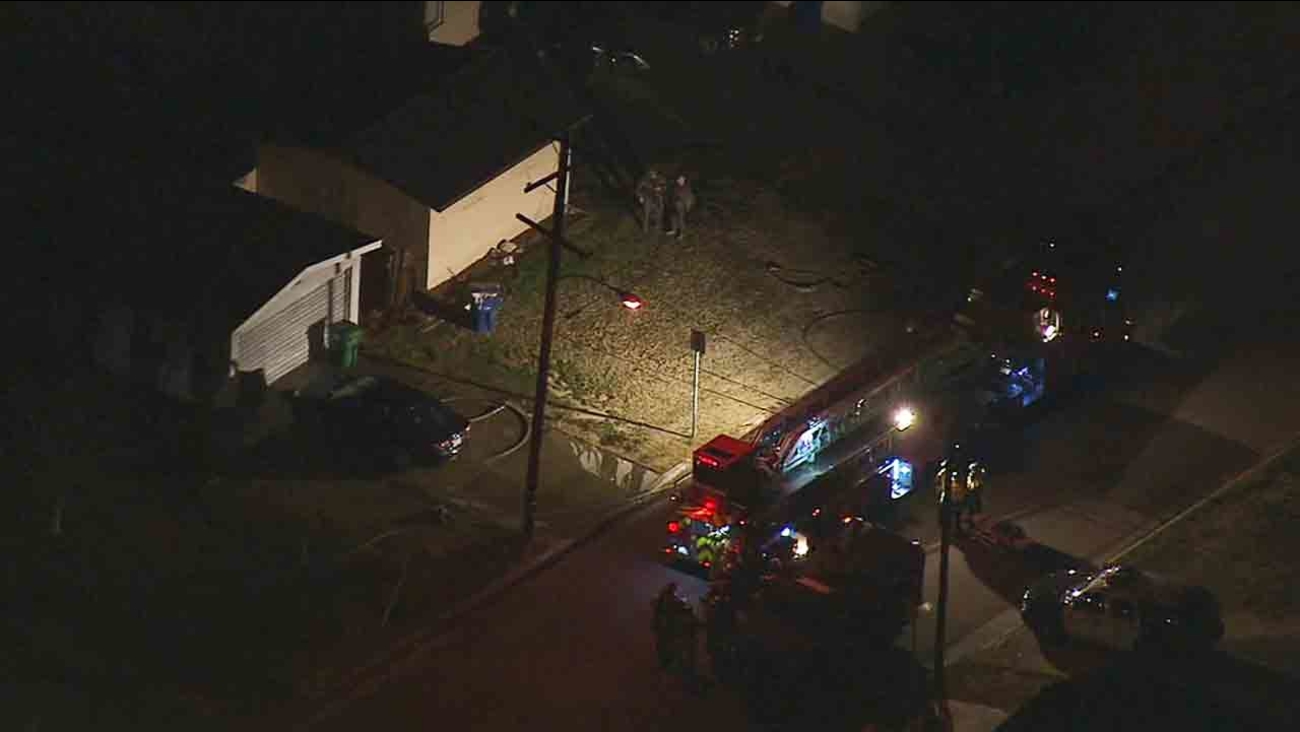 A fire broke out at the front of a house in the 45000 block of Gadsden Avenue in Lancaster where a convicted felon remained barricaded Thursday, Feb. 6, 2015.

LANCASTER, Calif. (KABC) -- A convicted felon who barricaded himself inside a Lancaster house for several hours Thursday was found dead following a fire at the home, officials said.

A SWAT team responded to the 45000 block of Gadsden Avenue at approximately 7:30 p.m. regarding a known felon in possession of a firearm.

Negotiators fired a flash bang and tear gas to lure the man out. At some point, the home erupted in flames. Sheriff's officials say it's not clear what exactly sparked the fire.

Firefighters were able to quickly knock down the flames, but the suspect, whose name has not been released, was found dead inside shortly after midnight. Investigators say the cause of death will be determined by the medical examiner.

Nearby homes were evacuated during the standoff.

Officials say a sawed-off shotgun was recovered inside the house. The investigation is ongoing.

Anyone with information about this incident was asked to contact the Los Angeles County Sheriff's Department's Homicide Bureau at (323) 890-5500.