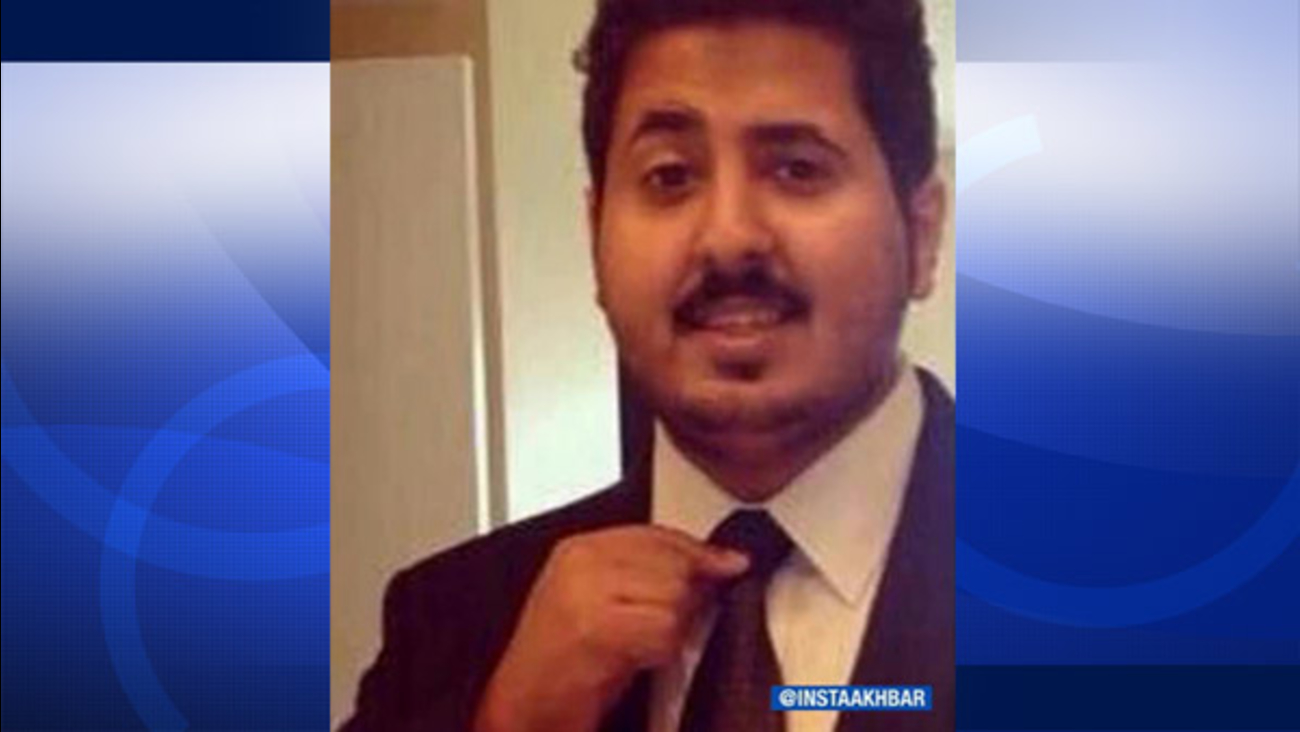 Mansour Alhazawbar, 21, is seen in an undated photo.

SANTA ANA, Calif. (KABC) -- Police are looking for the person who shot and killed a 21-year-old Saudi national as he sat in his parked car in Santa Ana.

The shooting happened on Jan. 19 around 12:10 a.m. as Mansour Alhazawbar was visiting a friend in the 500 block of South Maxine Street. He was sitting in the driver seat when the suspect approached him and demanded all his property.

When the victim told the suspect he didn't have anything to give, the suspect shot him once in the upper torso and fled the scene on foot, police said.

Alhazawbar called 911 and told dispatchers he had been shot. The victim was rushed to a hospital, where he died on Jan. 31.

Alhazawbar was in the country to study English at Kaplan International College in Irvine.

Anyone with information about the shooting was asked to contact Santa Ana police at (714) 245-8390.