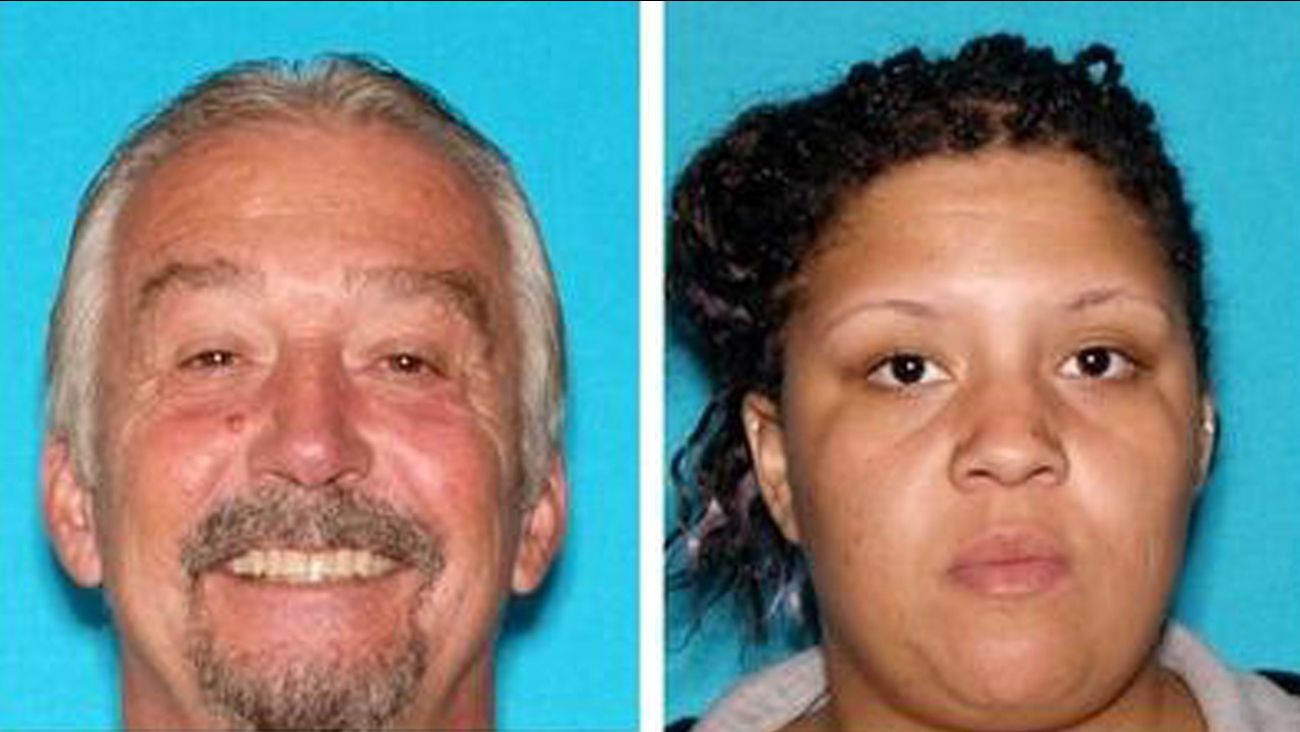 Paul Alfred Eugene Johnson, 59, and Patricia Cheree Smith, 26, both of Hemet, are shown above in DMV photos.

CORONA, Calif. (KABC) -- A 59-year-old Hemet man has been identified as the suspect shot in an officer-involved shooting following a bank robbery in Corona.

Authorities said Paul Alfred Eugene Johnson was involved in a full take-over robbery at Pacific Premier Bank Wednesday. Witnesses said he was armed with an unknown type of handgun and he forced employees into the vault before taking off with large sums of cash.

Johnson was using a communication device during the robbery and threatened to kill employees if they attempted to call police.

After fleeing the bank, officers were able to track Johnson using a bank tracking device that was given to him unknowingly when he stole the money. Johnson fled with a female driver identified as 26-year-old Hemet resident Patricia Cheree Smith.

Police attempted a high-risk enforcement stop near San Antonio and Bickmore avenues in Chino. The car briefly stopped and Smith exited the vehicle. Smith initially told police that she had been the victim of a car-jacking, but officers later determined she was involved in the robbery.

As Smith exited the car, Johnson took over and fled the scene, leading officers on a car chase through the area.

At the end of the chase, an officer-involved shooting occurred, and Johnson was struck multiple times. He was pronounced dead at the scene.

Investigators recovered a large sum of money, a handgun and other additional evidence linking Johnson to the robbery in Corona.

Smith was arrested for robbery and faces additional criminal charges.

Corona police detectives conducted a follow-up investigation related to the bank robbery. Detectives found additional evidence that there may be additional suspects and other similar bank robberies done throughout Southern California.

Anyone with additional information related to the bank robbery is asked to contact Senior Detective Dan Bloomfield at (951) 817-5767.