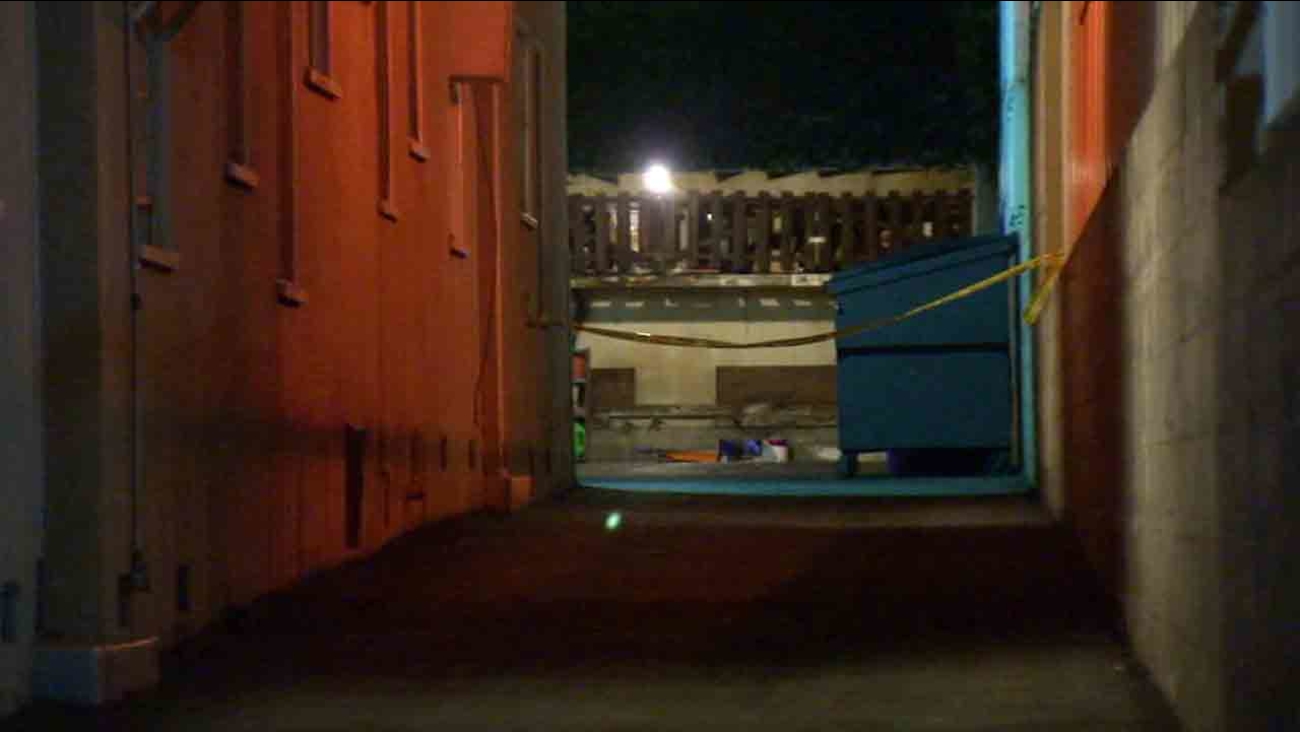 Crime tape surrounds the scene of a fatal stabbing behind an apartment complex in the 15000 block of Dickens Street in Sherman Oaks Saturday, Feb. 7, 2015.

Officers responded to an assault with a deadly weapon call in the 15000 block of Dickens Street at about 6:40 p.m. Police say 17-year-old Jacob Koffman and five males were involved in a dispute over narcotics to the rear of an apartment building.

During the course of the dispute, Koffman and another male juvenile suffered knife wounds. Both were transported to a local hospital, where Koffman later died of his injuries.

The second juvenile, who was injured, was released from the hospital and questioned at the Van Nuys Police Station along with two additional males detained at the scene.

Two juveniles, including the teen who was initially hospitalized, were booked for murder. A third suspect, identified as Ennio Avoli, 18, was booked for possession of narcotics for sales.

A tactical folding knife was recovered at the scene. Police are still searching for two persons of interest last seen running northbound from Dickens Street.

The investigation is ongoing. Anyone with information regarding this crime was urged to contact the Los Angeles Police Department's Van Nuys homicide detectives at (818) 374-0040.