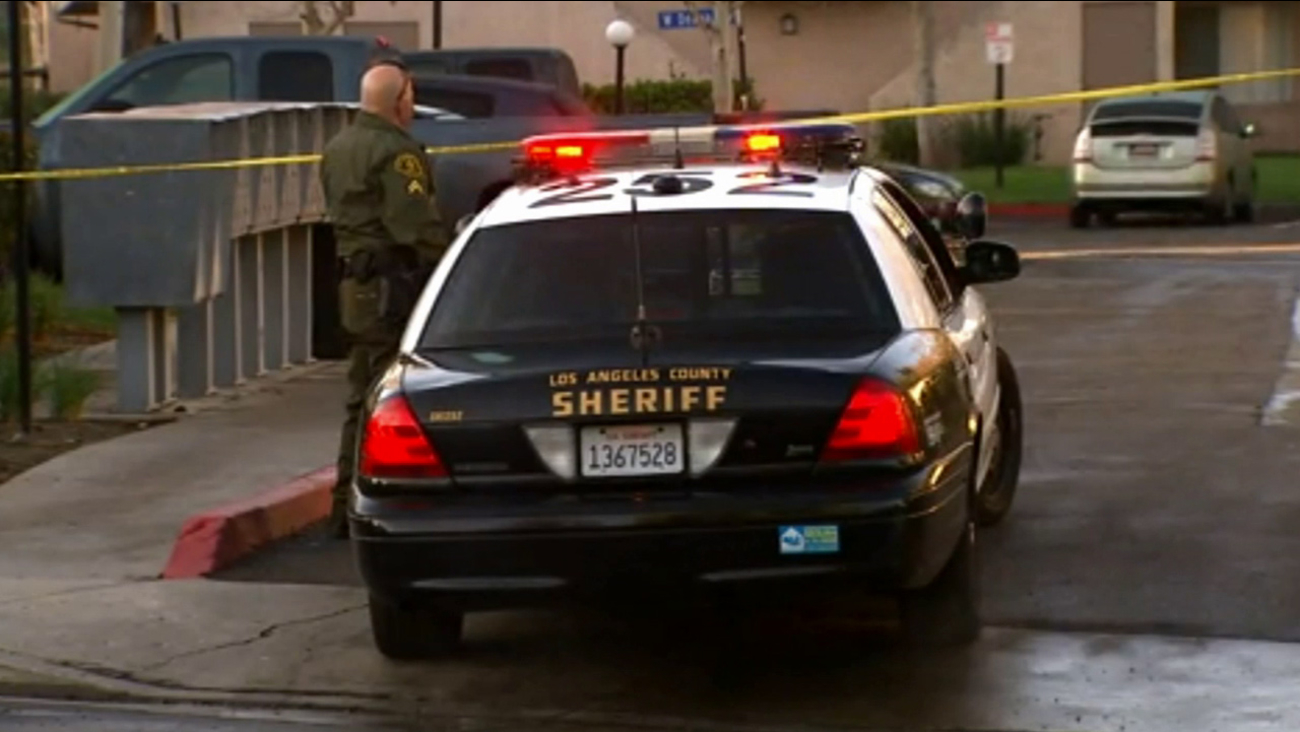 SANTA CLARITA, Calif. (KABC) -- A 25-year-old woman who allegedly shot her brother and her father in the head in Santa Clarita surrendered to authorities Sunday morning, sheriff's deputies said.

The incident was reported at about 5:15 a.m. in the 18000 block of Danielson Street. It began as a dispute between the father and son. The daughter got involved and allegedly shot them both, authorities said.

The 28-year-old brother was shot in the head and later died. The suspect's 56-year-old father had a grazed wound to the head, but was expected to survive, Santa Clara County sheriff's deputies said.

Both were taken to Henry Mayo Newhall Memorial Hospital. The woman was booked for murder at the Santa Clarita Sheriff's Station.

An investigation into the incident was underway. A semi-automatic handgun was recovered at the scene.