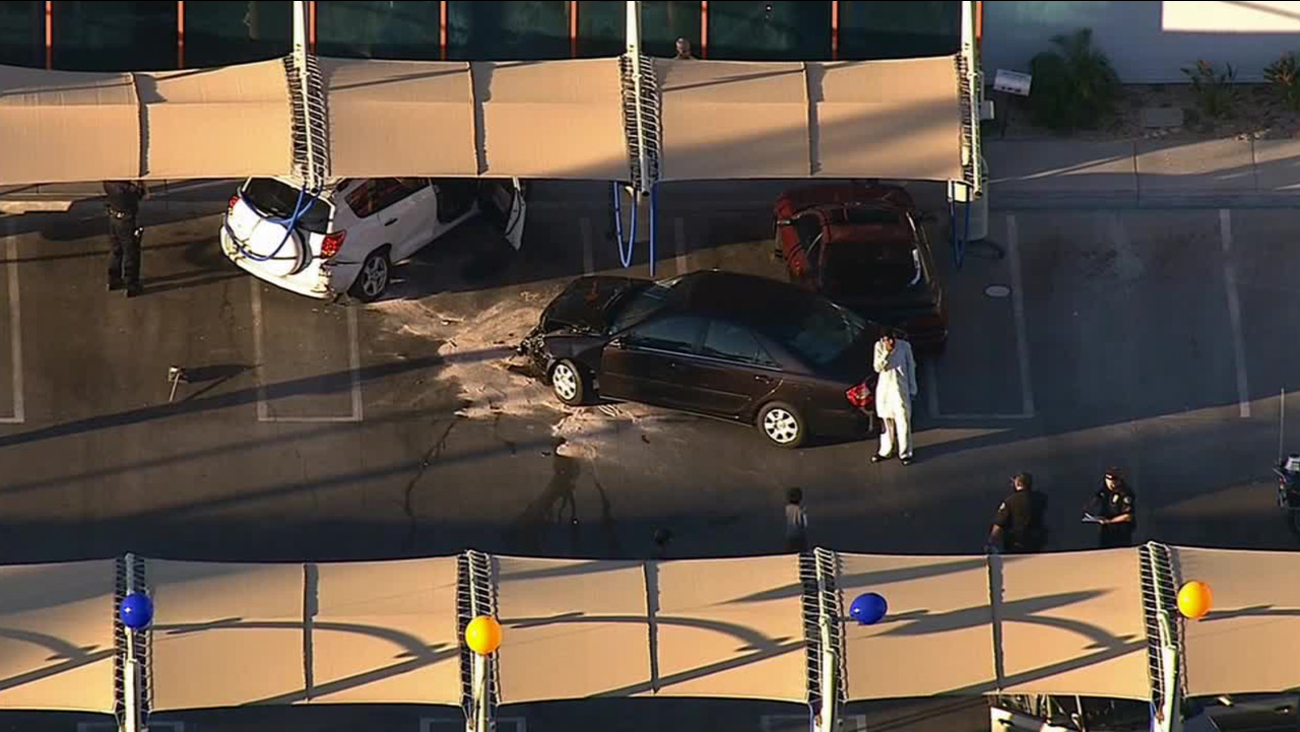 Police respond to a crash at a Monrovia car wash parking lot that injured 5 people on Friday, Feb. 13, 2015.

The incident occurred at about 3:40 p.m. at a self-service car wash in the 900 block of East Huntington Drive. A preliminary investigation revealed the male driver hit the gas pedal instead of the brake pedal while trying to exit the car wash, Monrovia fire officials said. The driver lost control and crashed into four cars, injuring several people. The driver alleged his brakes failed.

A 10-year-old boy was taken to Huntington Memorial Hospital with serious injuries, including head trauma. His 3-year-old sister, who was in a child seat inside the car, and his 30-year-old mother were taken to a hospital with minor injuries. Another adult woman was also taken to the hospital in stable condition.

The driver and his 8-year-old son were treated at the scene.

No drugs or alcohol were suspected in being involved in the crash.