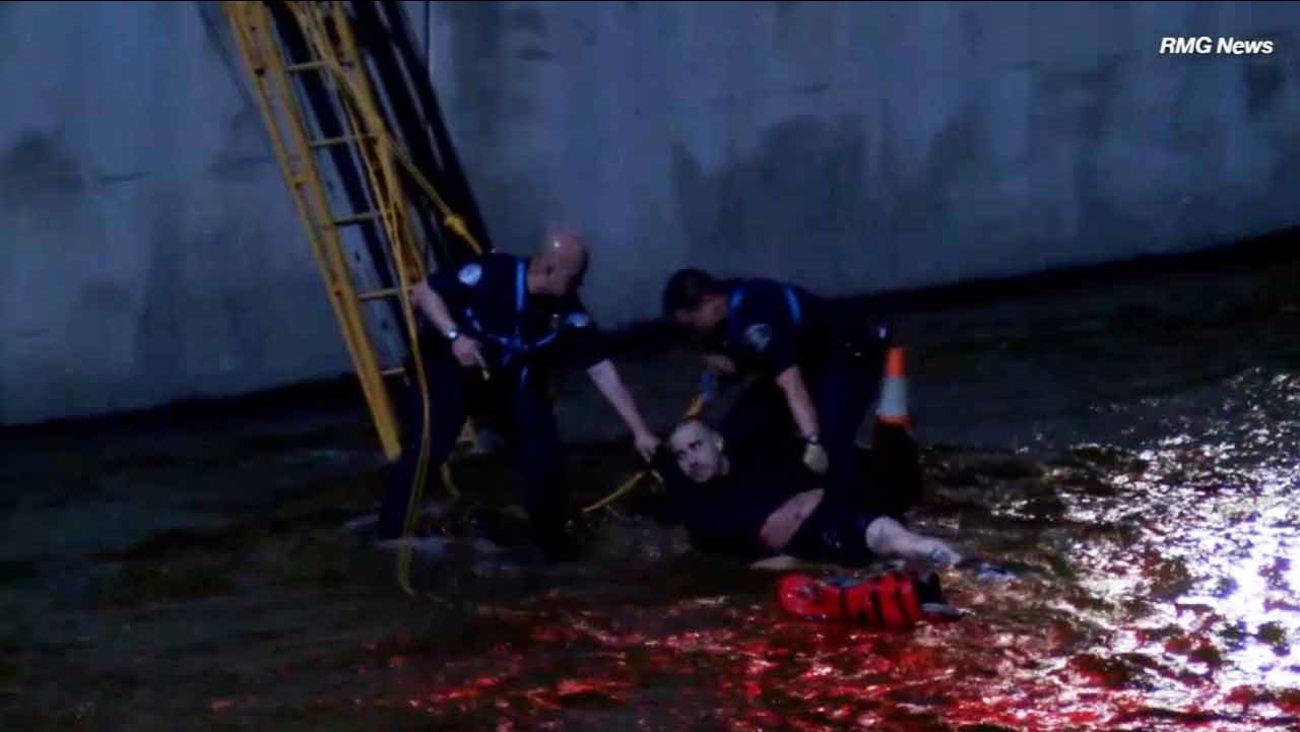 Two car theft suspects jumped into a Baldwin Park wash at the end of a police chase on Saturday, Feb. 14, 2015. (KABC)

BALDWIN PARK, Calif. (KABC) -- Two car theft suspects jumped into a Baldwin Park wash at the end of a police chase. Police had to fish the men out of the water before arresting them.

According to authorities, the two men stole a car and led officers on a pursuit that started around 2:35 a.m. Saturday near Ramona Boulevard and Durfee Avenue in El Monte.

The chase lasted about five minutes before coming to an end near Francisquito Avenue and the 10 Freeway in Baldwin Park, where the suspects crashed into a tree.

They then tried to evade officers by jumping into the nearby wash. Both men suffered unknown injuries.

No weapons were found at the scene. The suspects were taken into custody.