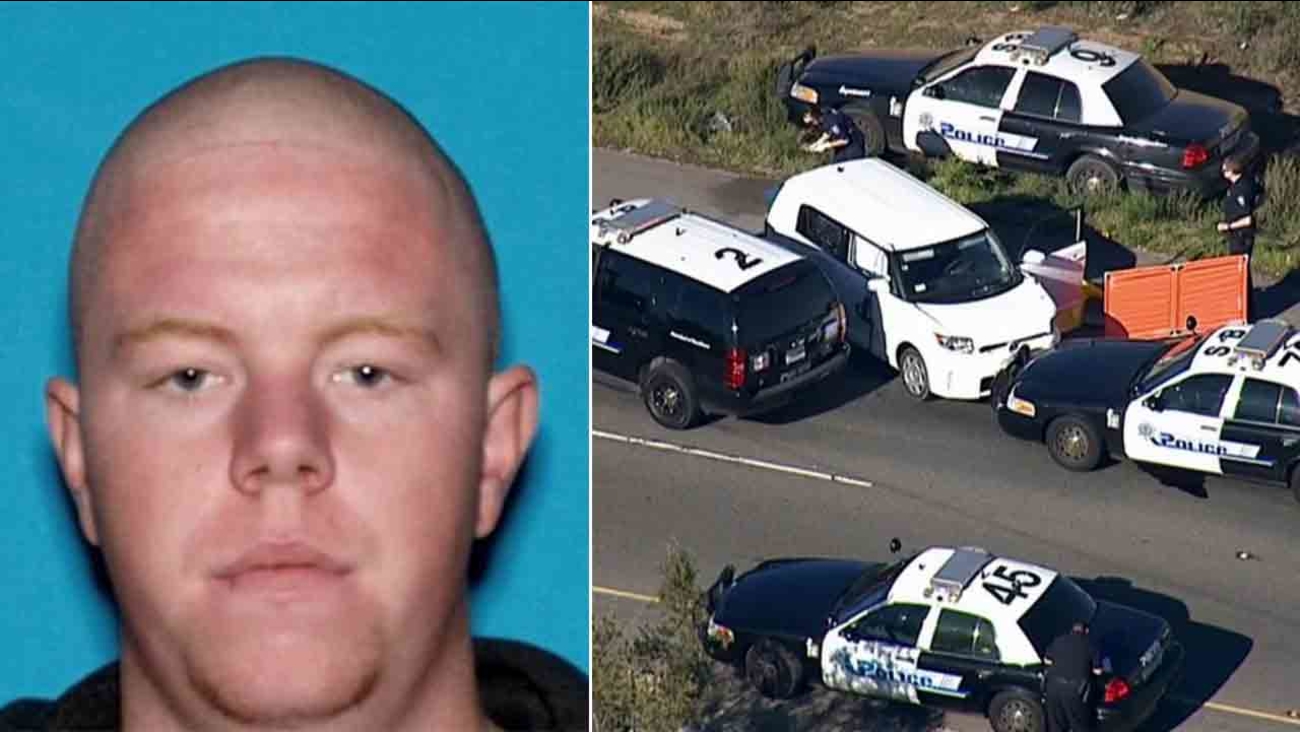 Jonathan Larry Harden, 23, of Banning was shot and killed by San Bernardino police after leading officers on a pursuit Friday, Feb. 13, 2015.

SAN BERNARDINO, Calif. (KABC) -- A stolen vehicle suspect who was fatally shot by police at the end of a wild pursuit on the northbound 215 Freeway in San Bernardino Friday has been identified.

The San Bernardino Police Department says officers were in pursuit of a suspect in a stolen 2013 Scion XB around 1:30 p.m. The vehicle was equipped with a GPS device, which helped police track its location near Barton and Baseline streets in San Bernardino.

Investigators say the suspect, Jonathan Larry Harden, 23, of Banning, was driving erratically and was involved in several collisions during the pursuit, including hitting several police cars. The suspect reached speeds of up to 100 mph.

The chase ended just before 2:30 p.m. near the University Parkway exit when Harden exited the freeway, failed to stop for a red light at the bottom of the off-ramp and collided with another vehicle in the intersection. Police say Harden then continued to try and elude capture by driving back onto the northbound 215 Freeway.

Harden was shot after he collided with another patrol car. No officers were injured, but Harden was declared dead at the scene.

The northbound 215 was backed up for about a mile due to the police activity.

The investigation is ongoing. Anyone who may have recorded the incident or with more information was asked to contact Detective Marco Granado at (909) 384-5628 or Sgt. Carl Williams at (909) 693-6665.