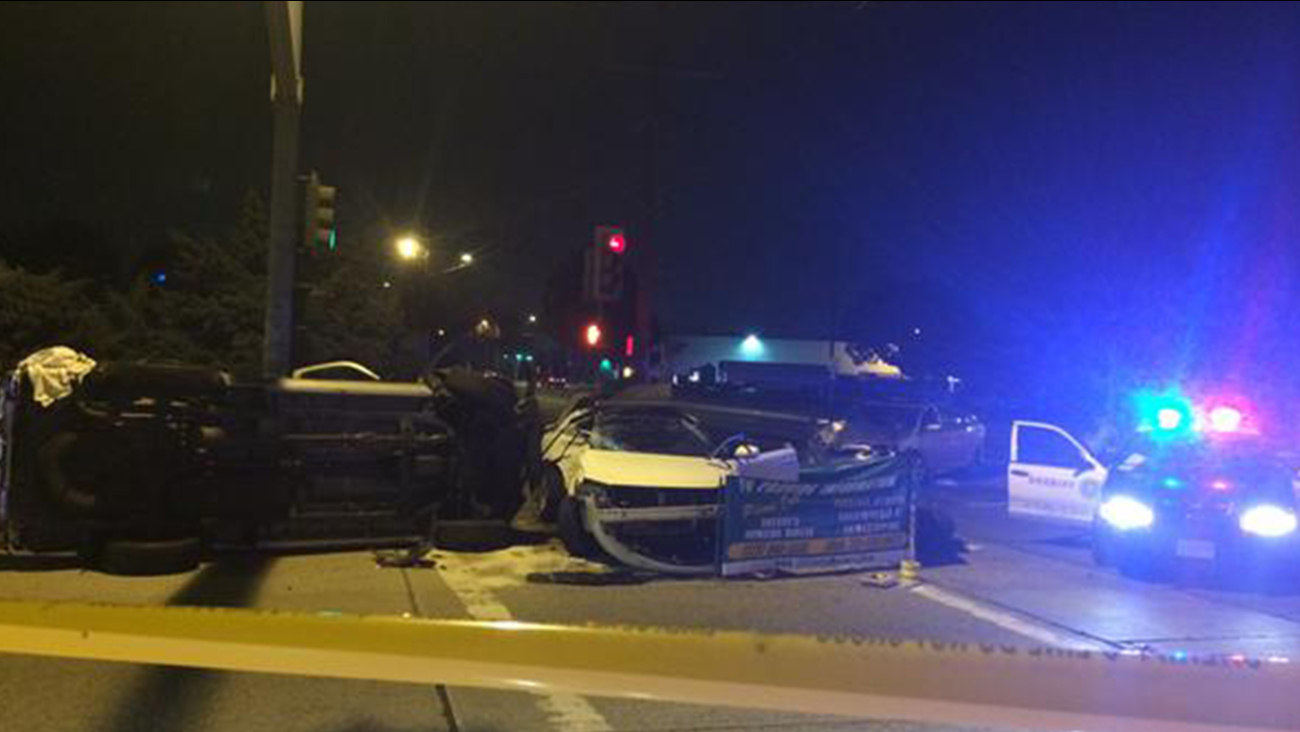 Los Angeles County sheriff's deputies respond to the scene of a three-car collision in Pico Rivera on Sunday, Feb. 15, 2015.

PICO RIVERA, Calif. (KABC) -- One person was killed and four others were injured in a crash involving three vehicles in Pico Rivera on Sunday evening.

The collision was reported at about 8 p.m. at Paramount Boulevard and Slauson Avenue. Investigators believe a woman driving a pick-up truck ran a red light and crashed into a Scion, causing both cars to flip over. The Scion then hit another car.

The man driving the Scion was pronounced dead at the scene. The woman driving the pick-up truck and three people in the third car were taken to a hospital, Los Angeles County sheriff's deputies said.

It was unclear if alcohol was a factor in the crash.

Organizers say they have the signatures for recall vote of Newsom