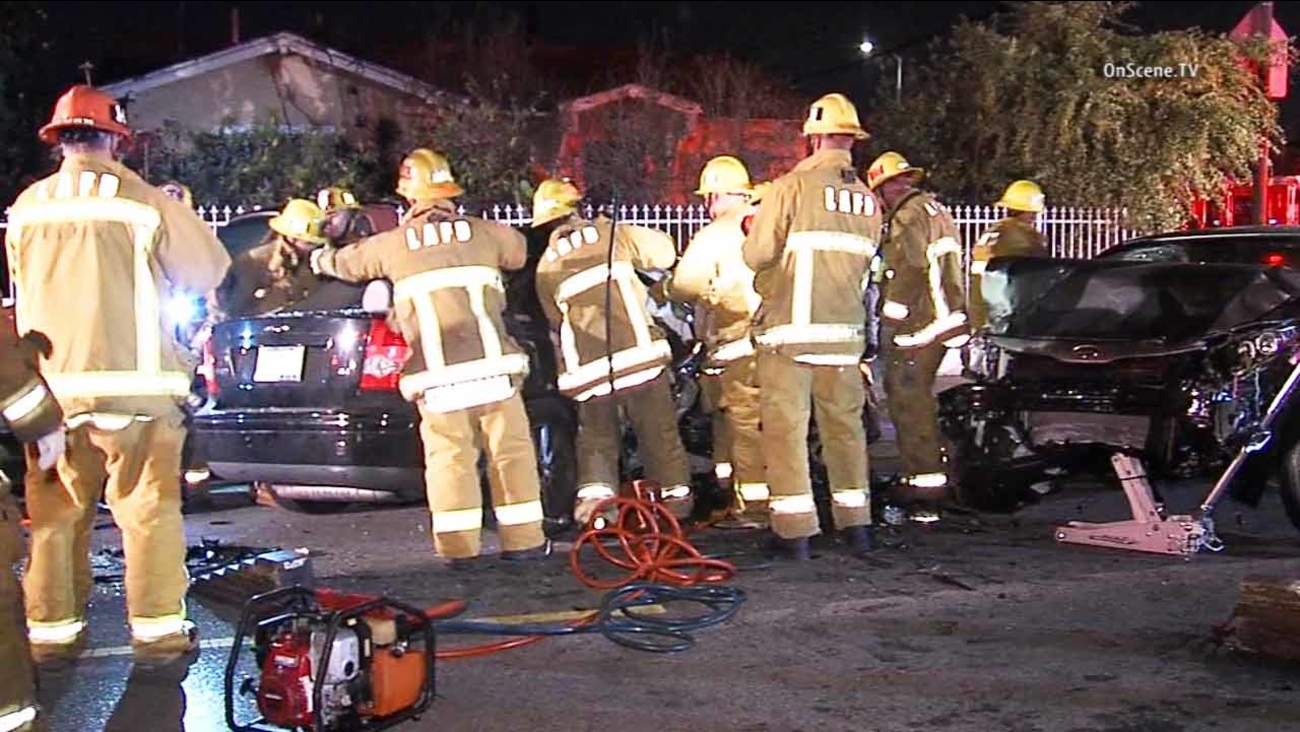 Firefighters are shown at the scene of a hit-and-run crash in South Los Angeles on Sunday, Feb. 15, 2015. (KABC)

SOUTH LOS ANGELES (KABC) -- A search is underway for a hit-and-run driver behind a crash in South Los Angeles that left three people trapped in a wrecked vehicle.

The collision, which involved two vehicles, occurred shortly before 11 p.m. Sunday at 51st and Wall streets, according to authorities.

When firefighters arrived on scene, they had to rescue three people trapped in the wreck. The extent of the injuries and the total number of victims was not immediately confirmed by emergency officials.

Police are searching for the driver who took off after the crash. The driver would face a felony hi-and-run charge.