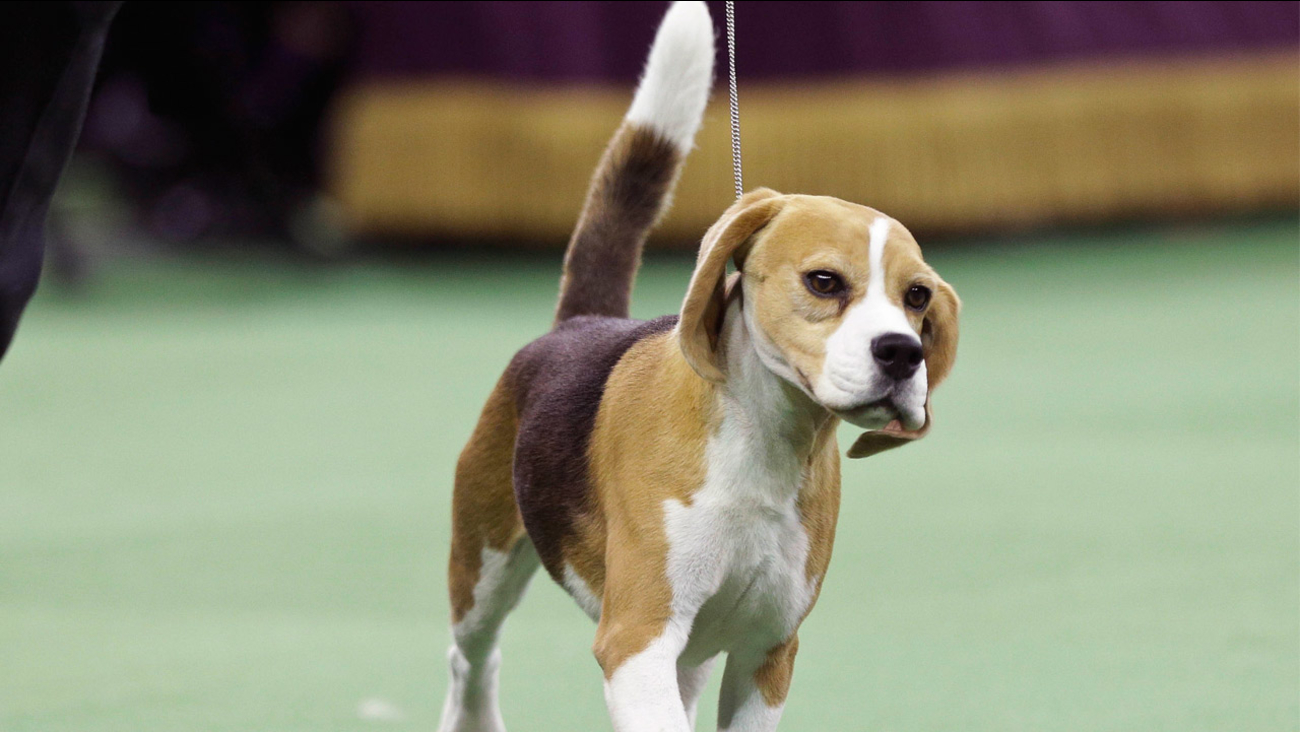 Wagging her tail a mile a minute, Miss P became America's top dog Tuesday night by winning best in show in a big surprise at the Westminster Kennel Club.

At 4, Miss P is a grand-niece of Uno - in 2008, the immensely popular hound barked and bayed his way to becoming the only previous beagle to win at the nation's most prominent dog show.

Miss P, however, didn't let out a peep in the ring.

"She is a princess," handler Will Alexander said.

A quiet one, too. Not your normal, everyday, vocal beagle, as most owners can attest.


Instead, it was the packed crowd at Madison Square Garden that seemed to loudly gasp when judge David Merriam picked her in a dog show world shocker.

Only a half-hour after her win did the 15-inch Miss P, a breed known as "big beagles," started making a noise. And that was only because her people were giving her treats.

The best-of-seven final ring was full of favorites.

Matisse, a Portuguese water dog that's a cousin of President Barack Obama's family pet Sunny, was the top-winning male in show dog history with 238. Swagger the old English sheepdog finished second at Westminster in 2013 and clearly drew the biggest cheers.

A Skye terrier came in second this time. A standard poodle, a shih tzu owned by Patty Hearst and an English springer spaniel also made it to the last ring.

Miss P was the one that charmed Merriam. He is a retired California trial-courts judge and has spent more than 50 years with dogs, but this was the first time he'd judged a best in show.

"She never let me down. She didn't make any mistakes," Alexander said.

There's no prize money for winning Westminster. Instead, there's prestige forever in the dog circles, plus the possibility of lucrative breeding rights.

It was the 20th best in show win in the United States for the Canadian-born Miss P. The dog lives in both Milton and Enderby, British Columbia. Her call name is short for Peyton, and her official champion's name is Tashtins Lookin for Trouble.

One of her owners is Eddie Dziuk, a co-owner of Uno, who now lives on a ranch in Texas and turns 10 in May. Her other co-owners are Lori Crandlemire and daughter Kaitlyn.

PHOTOS: Who will be the next top dog?
More Videos
From CNN Newsource affiliates
TOP STORIES