CA Rep. Janice Hahn to run for LA County Board of Supervisors 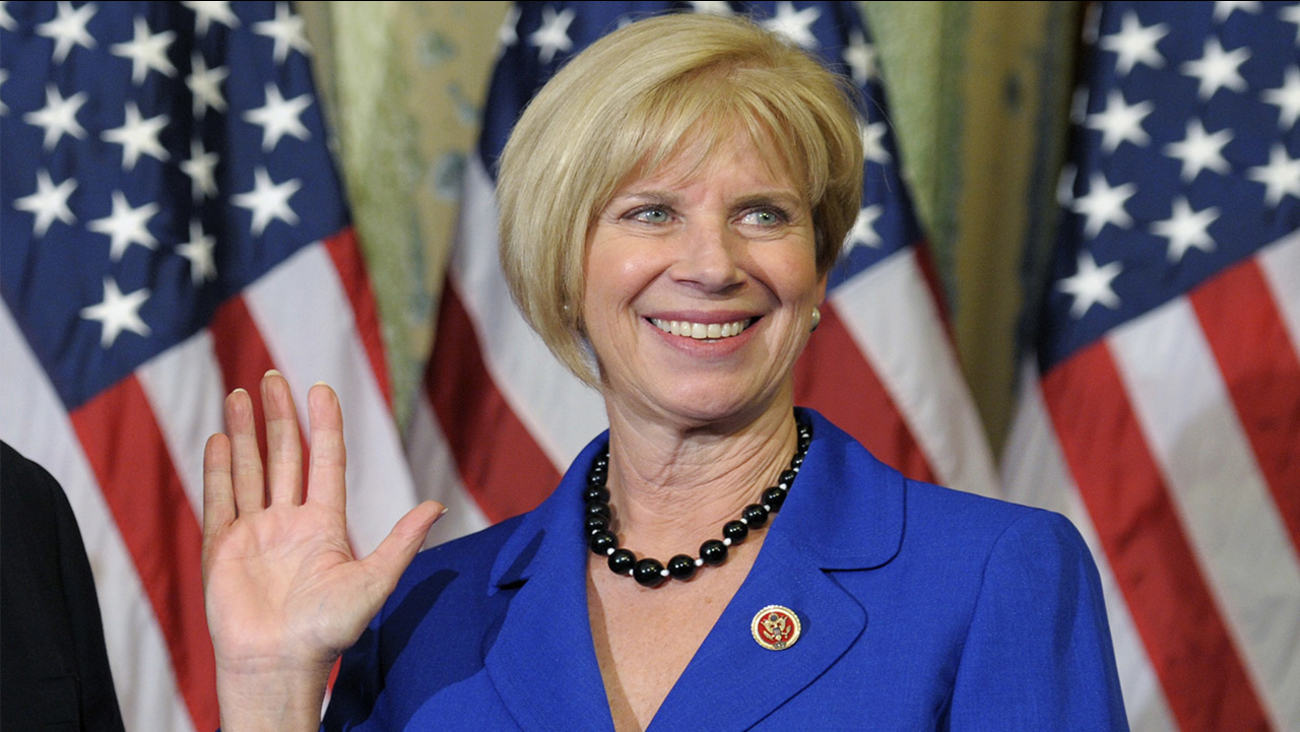 Rep. Janice Hahn, D-Calif. participates in a mock swearing in ceremony on Capitol Hill in Washington as the 113th Congress began on Jan. 3, 2013. (Cliff Owen)

LOS ANGELES (KABC) -- California Rep. Janice Hahn announced Wednesday that she will not be seeking re-election to Congress next year and will instead run for a seat on the Los Angeles County Board of Supervisors.

Hahn, 62, was elected to Congress in 2011 in a special election to replace Democrat Jane Harman, but she says she's had enough of Washington's partisan gridlock.

"There's really not a lot of incentive from members of Congress across the country to work together to compromise. A lot of people come to Congress and think compromise is a dirty word," Hahn said.

Hahn comes from a well-known political family in Los Angeles. Her late father Kenneth Hahn served on the Los Angeles County Board of Supervisors for four decades. A county building is named after him.

"For me, that would just be a reminder every single day of what he tried to do for the people that he served," Hahn said.

With five members, the board is one of the more powerful posts in the country, controlling a $26 billion budget for the county's 10 million residents.

"I like the idea of working with the county that has a new sheriff, a new assessor, couple of new members of the Board of Supervisors. There's an opportunity need to bring more transparency and accountability," Hahn said.

Don Knabe, supervisor for the 4th district, must step down due to term limits. He says his is a unique district covering the southern part of the county.

"From Marina del Rey all the way out to Diamond Bar, it's going to take a moderate of some sort to win that seat, because you don't have a lot of extremes in my district," Knabe said.

More people are expected to announce their candidacy as fundraising can begin in March, according to county campaign law.

Knabe said at least 18 people so far have contacted him about his seat.