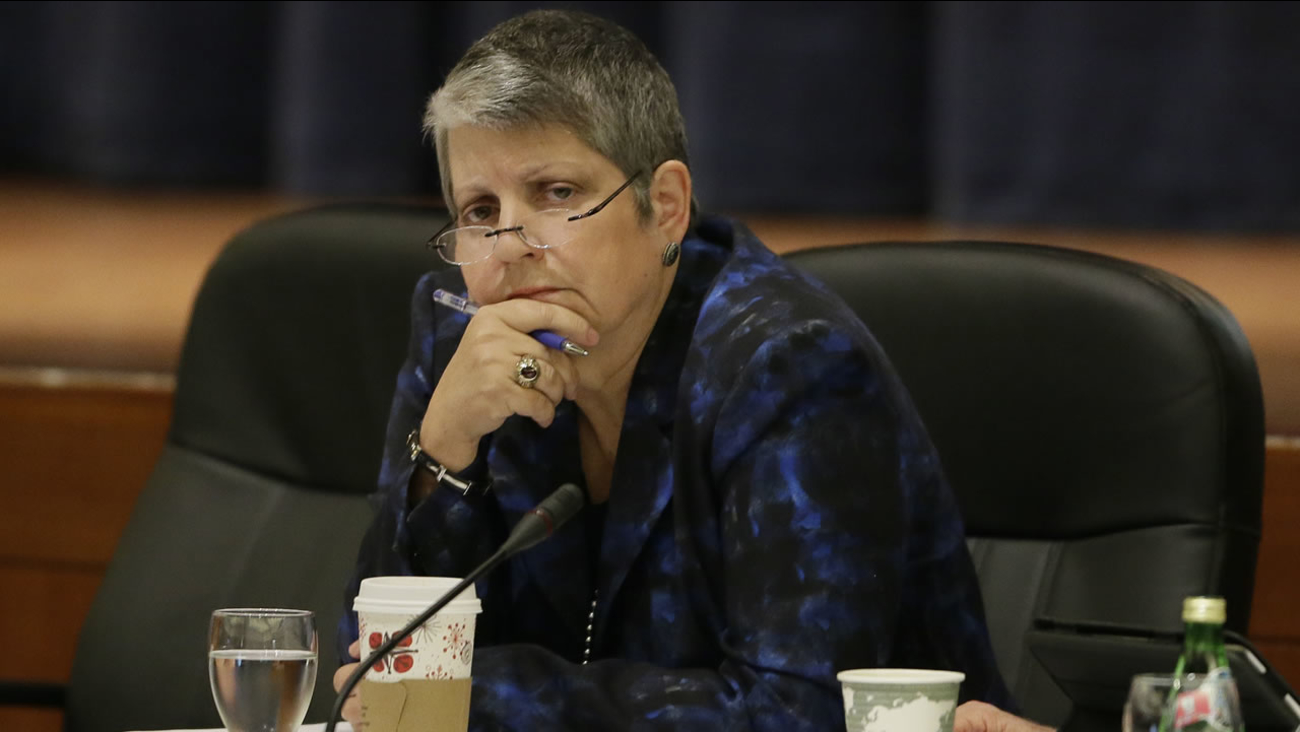 LOS ANGELES -- University of California President Janet Napolitano announced Wednesday she is postponing a proposed tuition increase as a good-faith gesture stemming from her ongoing negotiations with Gov. Jerry Brown to resolve their standoff over higher education funding.

"We're having serious discussions both with the governor and with the Legislature," Napolitano said after delivering remarks at the University of Southern California. "Those are underway so it seemed premature to go ahead and jumpstart the tuition increase."

Napolitano and Brown have been working in private to consider proposals the governor believes will allow the university to serve more students without increasing tuition or receiving a significant budget hike.

At Napolitano's urging, the Board of Regents approved raising tuition to up to 5 percent each of the next five years in November unless the state gave the university more money. The governor's proposed spending plan increased the UC system's budget by nearly $120 million on condition that tuition not be raised. UC officials said that was not enough.

Napolitano said she was postponing the tuition increase as both a gesture "optimistic about the ongoing negotiations and how they will be bear fruit" and a practical measure that will allow student to enroll in summer classes with less uncertainty.

The tuition hike was slated to begin in the summer quarter. Tuition could still be raised in the fall, though Napolitano said she hoped that could be avoided.

"It is our conviction all parties engaged in these negotiations want tuition to be as low as possible and as predictable as possible," she said.

Brown's ideas for operating the university within the proposed budget include increasing the number of hours faculty spend teaching, moving classes online, encouraging students to finish their degrees in four years or less and make it easier for community college graduates to transfer to UC campuses.

In her remarks Wednesday, Napolitano reiterated a point she has consistently raised: That it has become harder to preserve and enhance the university's academic excellence without sufficient state investment.

Assembly Speaker and Board of Regents member Toni Atkins, D-San Diego, said she believed the ongoing budget review would accomplish the university's goals. "I am sure we will be able to identify savings, as well as increased state funding, that will help ensure UC remains a world-class treasure," she said.