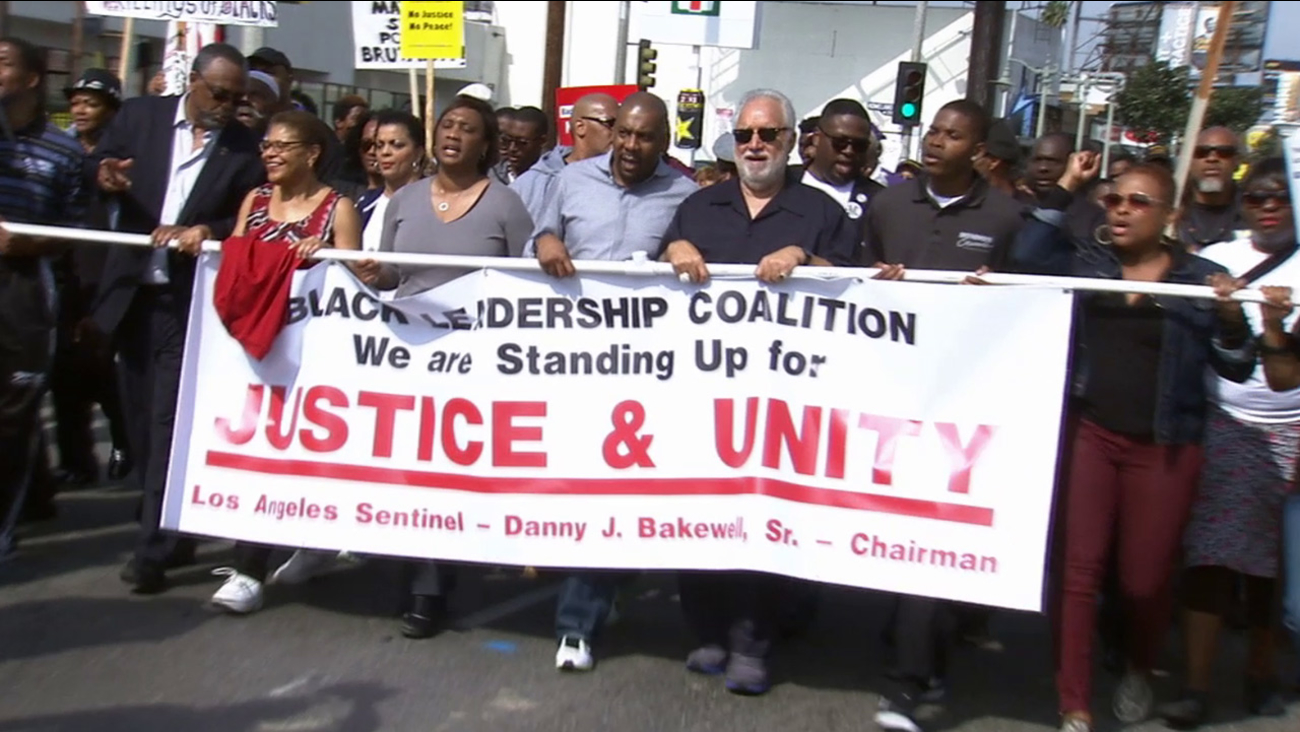 The March for Justice and Unity began at about 10 a.m. at the LAPD Southwest Division in the 1500 block of Martin Luther King Boulevard. Participants could be heard chanting, "No justice. No peace," and "Hands up. Don't shoot."

The protest ended at Leimert Park, where a rally with special speakers was held.

Several protesters pointed to the fatal police shooting of Ezell Ford. In August, the 25-year-old was fatally shot by LAPD officers near his home in South Los Angeles. Family members say Ford was mentally challenged and harmless.

Organizers called for special prosectors to open up investigations into police shooting deaths across the country and for improvements in community policing. 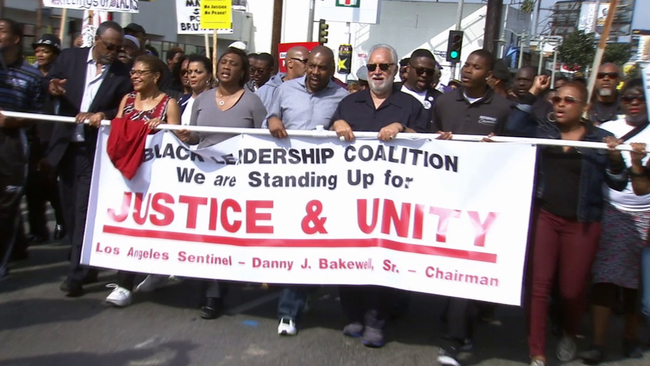