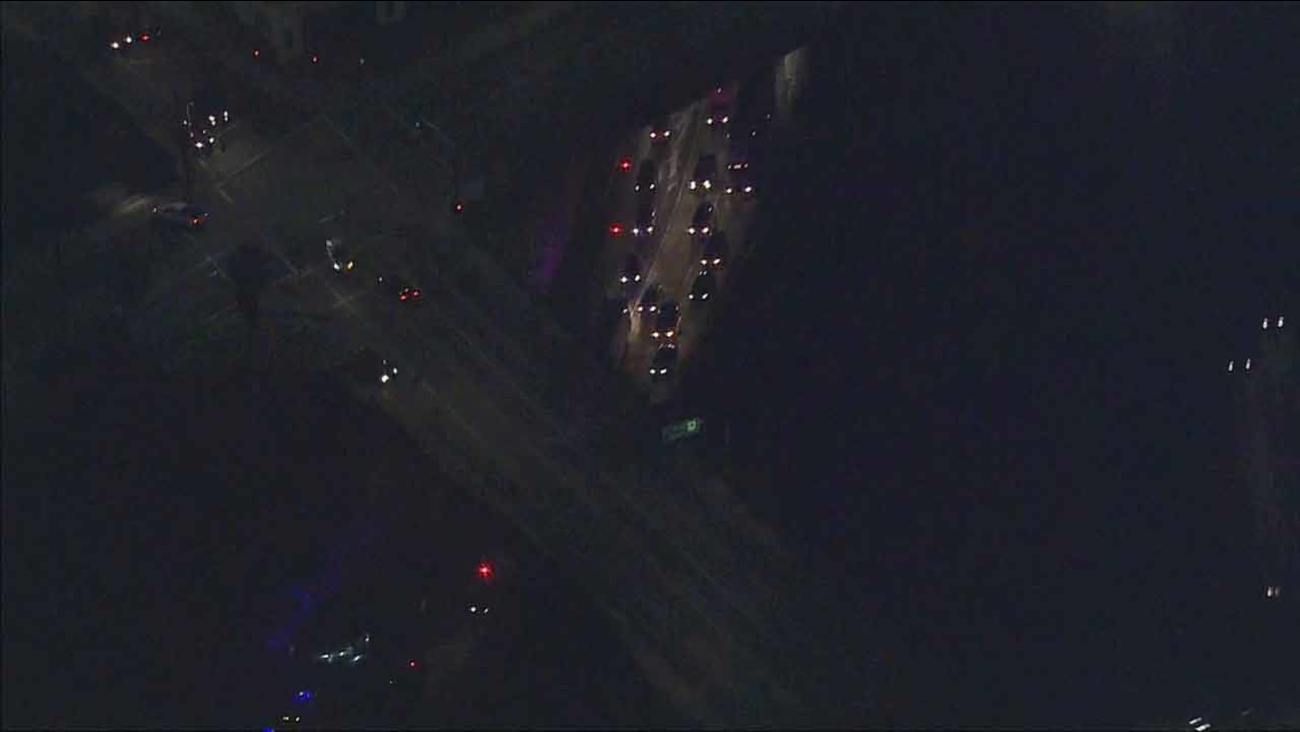 A fatal crash involving a big rig and a pedestrian has shut down all northbound lanes of the 5 Freeway near Soto Street in Boyle Heights on Monday, Feb. 23, 2015. (KABC)

Officials said a 21-year-old male pedestrian was killed after being struck by a big rig near Soto Street shortly before 5 a.m. The man's name was not immediately released.

According to the preliminary investigation, the man was running across traffic lanes when the big rig struck him. The driver remained on the scene and was not arrested.

All northbound lanes of the 5 Freeway and a transition road were initially shut down, causing massive backups for hours.

All lanes have since reopened.