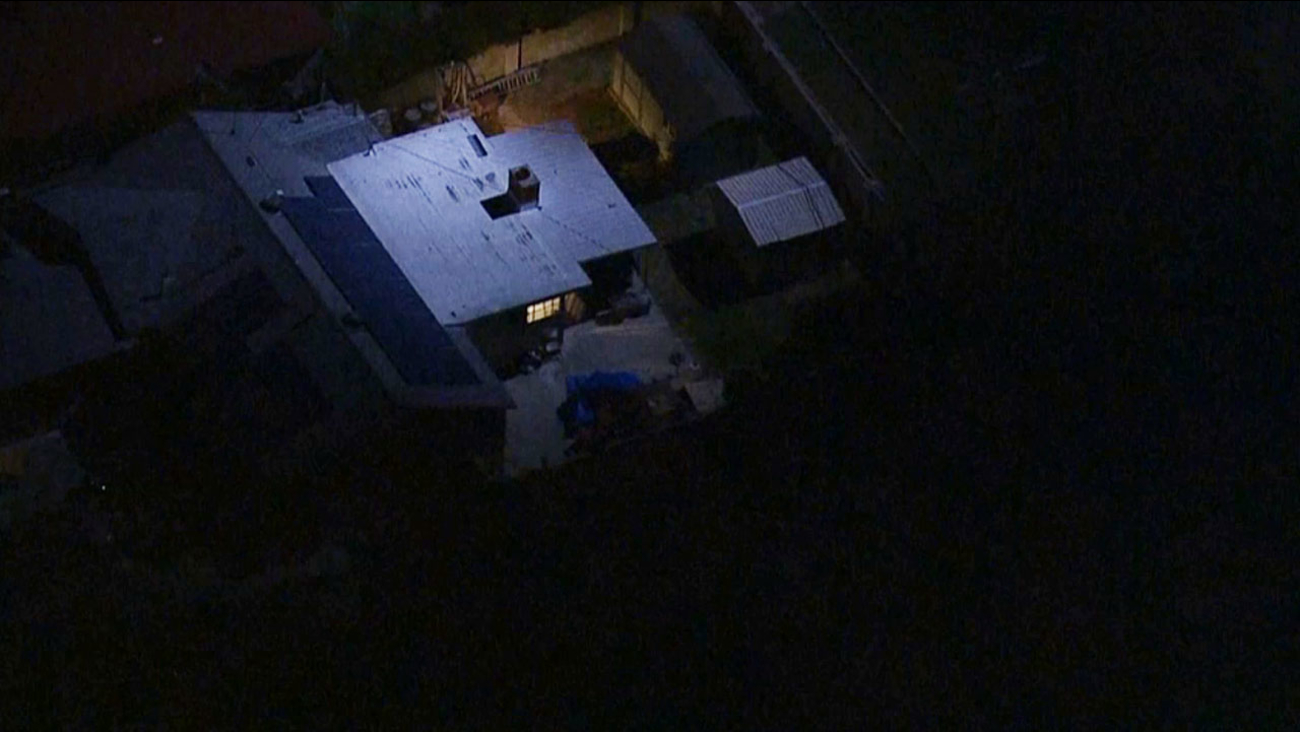 Los Angeles police officers set up a perimeter near Woodale Avenue and Wentworth Street in Pacoima in search of two suspects Wednesday, Feb. 25, 2015.

PACOIMA, LOS ANGELES (KABC) -- A suspect who bailed on foot in an Arleta neighborhood following a short chase was taken into custody Wednesday night.

Authorities said a man suspected of driving under the influence in a pick-up truck led them on a chase through the San Fernando Valley. The chase ended at Woodale Avenue and Wentworth Street near a home. The suspect then barricaded himself inside.

A perimeter was set up and the driver was later taken into custody. He faces felony evasion charges as well as other charges, authorities said.

A passenger who ran out of the still moving pick-up truck is still at large.

The perimeter in the area was cleared shortly after midnight.