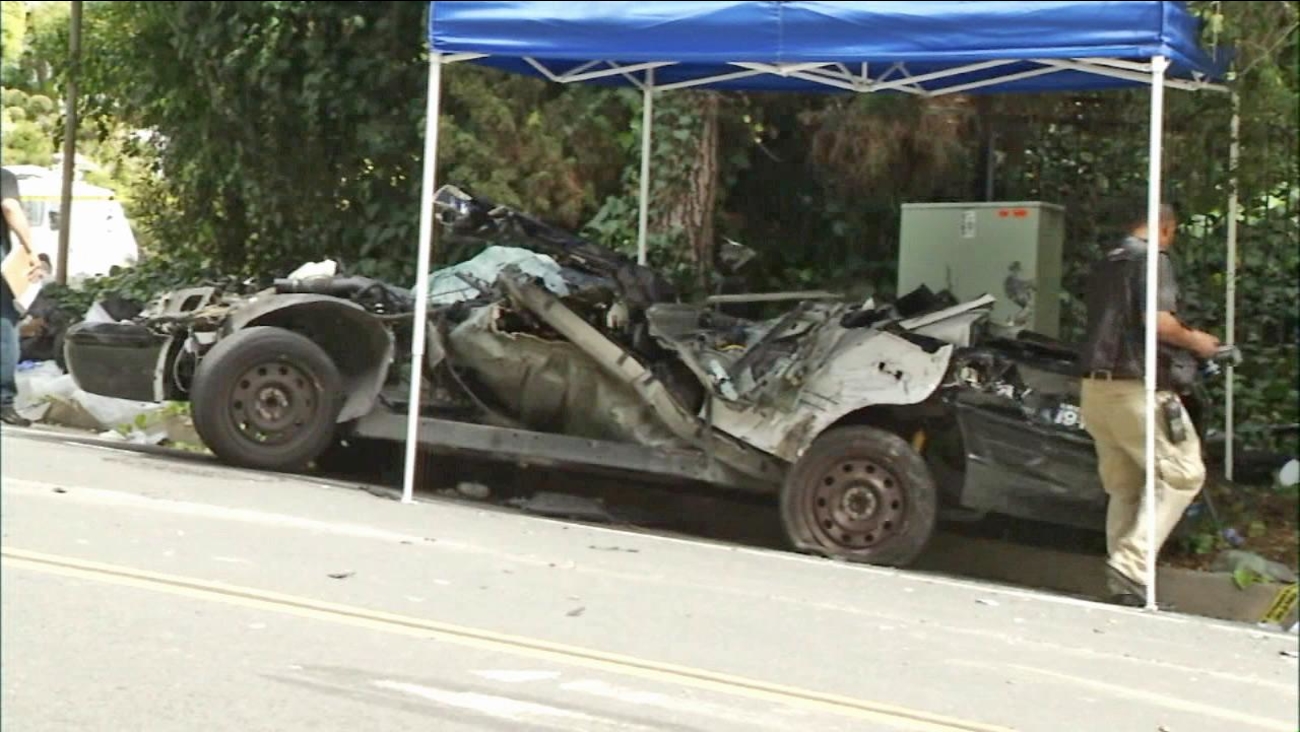 An LAPD police cruiser is seen after it was smashed up by a dump truck in Beverly Hills on Friday, March 7, 2014.

BEVERLY HILLS, Calif. (KABC) -- The driver of a truck that struck and killed a veteran LAPD officer and injured his partner last year in Beverly Hills has been charged with gross vehicular manslaughter.

The crash occurred at approximately 8 a.m. at the intersection of Loma Vista Drive and Robert Lane on March 7, 2014.

The patrol car was nearly demolished and 40-year-old Nicholas Choung Lee was killed on impact. The rookie female officer was treated and released from a local hospital.

Robert Maldonado, 46, of Pacoima was arrested Friday by CHP officers and released Saturday on $50,000 bail, according to the District Attorney's Office.

Prosecutors say Maldonado failed to properly maintain and inspect the truck after the vehicle's brakes failed.

Maldonado faces up to six years in prison if convicted. He is scheduled to be arraigned on March 20.

Lee immigrated from Korea with his parents at the age of 6 and grew up in Koreatown. After graduating from Cal State Fullerton in 1996, he joined the LAPD in 1998. He was a 16-year LAPD veteran who received more than 70 commendations.

"He was one of us. He was the best of us. But even more importantly, we are him," said LAPD Chief Charlie Beck. "What does that mean? That means that heroes never die. They live forever in the hearts of their brothers and sisters."