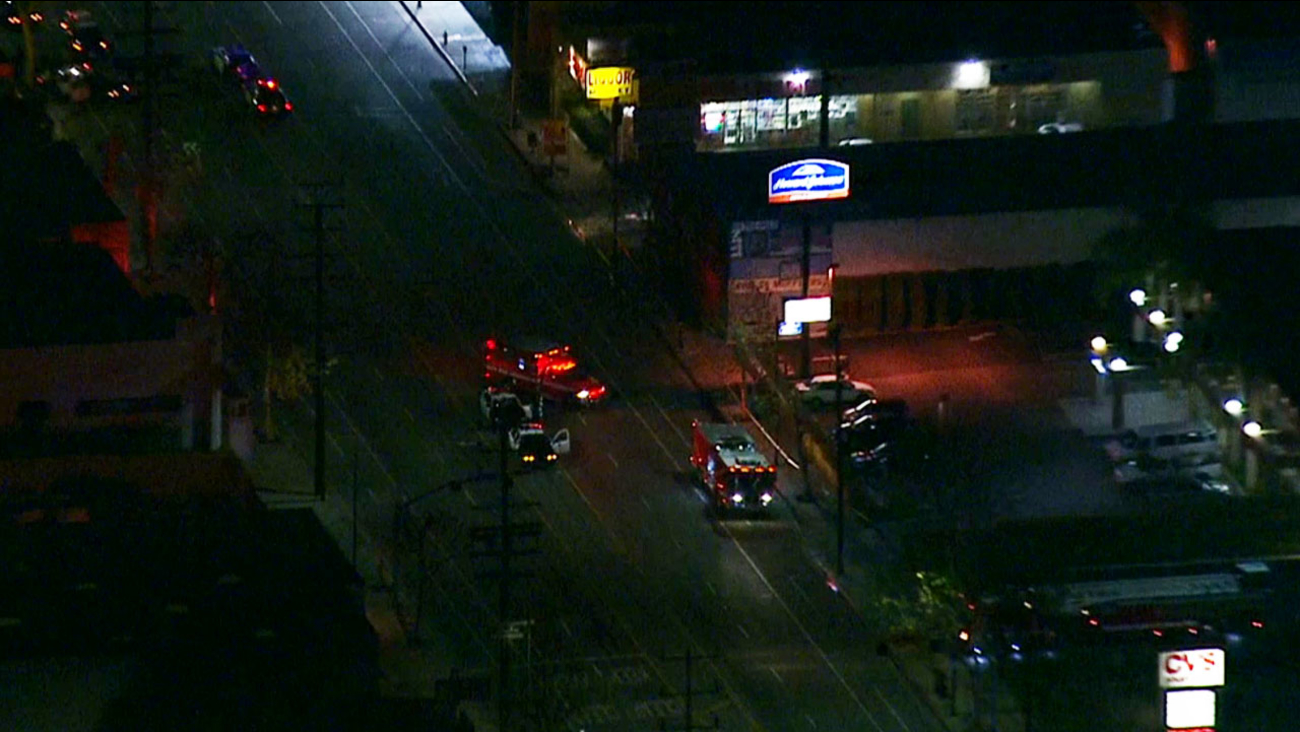 Los Angeles police were searching for six suspects in connection to a double shooting near Reseda Boulevard and Valerio Street in Reseda Tuesday, March 3, 2015.

RESEDA, LOS ANGELES (KABC) -- A search is on for six suspects connected to what police believe was a gang-related shooting in Reseda.

Police said a fight broke out around 9 p.m. Tuesday at Reseda Boulevard and Valerio Street.

Three people were injured - two of the victims suffered gunshot wounds. They were transported to a nearby hospital for non-life threatening injuries, authorities said. The victims have not been identified.

A large perimeter was set up near the scene as officers searched for four men and two women. A K-9 officer was brought in to aid in the search.

One person was taken into custody, but he was later released by officers.

Police are looking for six suspects - four males and two females between 17 and 20 years old.