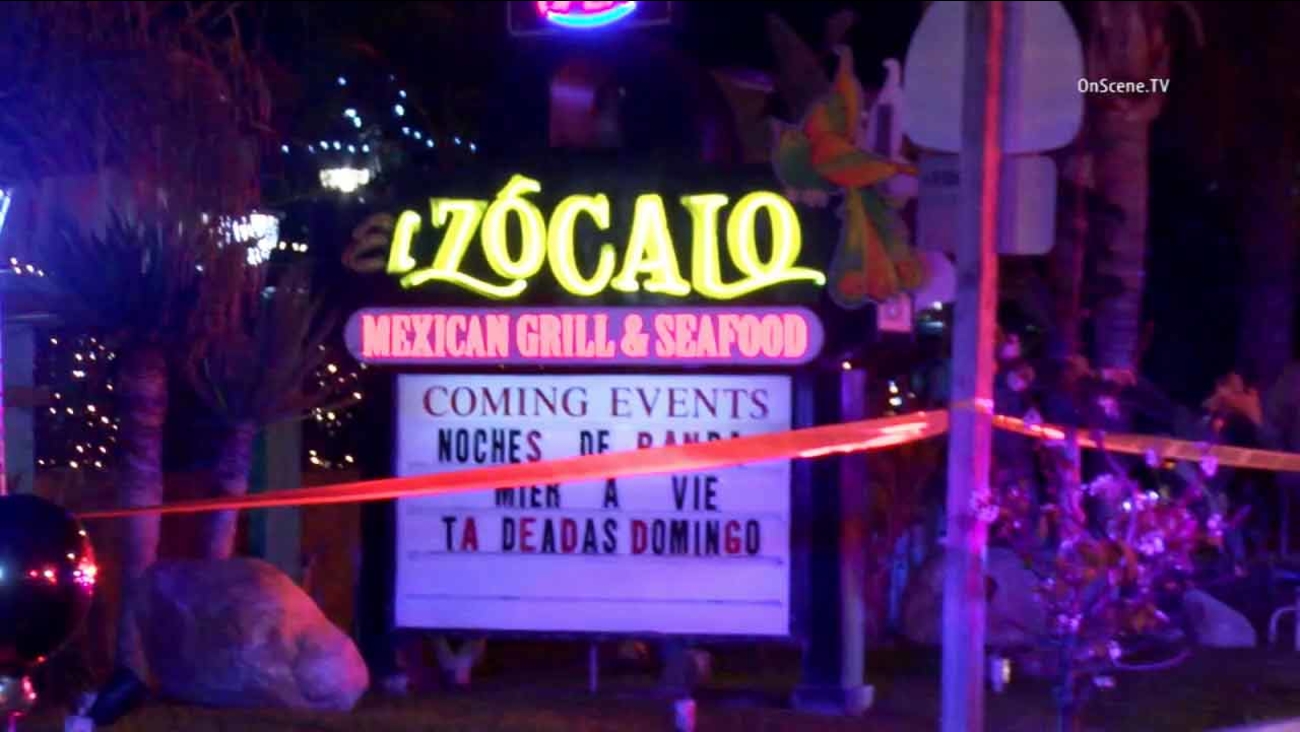 An investigation is underway following a deadly shooting at a restaurant in Santa Ana on Monday, March 2, 2015. (KABC)

SANTA ANA, Calif. (KABC) -- Two men were arrested in connection to a shooting at a Santa Ana restaurant that left one person dead and several others injured.

Viyey Castaneda, 29, and Anastacio Castaneda Rios, 45, both of Santa Ana, were booked on suspicion of murder.

The shooting occurred early Monday morning at the El Zocalo Mexican Grill & Seafood in the 300 block of Tustin Avenue.

One person was killed and four others were transported for treatment. Two of the injured included the suspects. Police identified the deceased victim as 32-year-old Jose De Jesus Mendoza Maria of Los Angeles.

Police believe the shooting stemmed from a fight that broke out between two groups of people in the men's restroom. Sometime during that altercation, authorities said at least one suspect fired multiple rounds from a handgun. Three people, including Maria, were struck by gunfire. The conditions of the other victims were not immediately released.

Viyey Castaneda attempted to flee the scene with a gun but was apprehended by security officers and restaurant patrons. He was hurt during the struggle and remains hospitalized, investigators said.

Detectives are looking for another firearm that may have been used during the fight. If you have any information about this case, you're urged to contact homicide detectives with the Santa Ana Police Department at (714) 245-8390. You can also call Orange county Crime Stoppers at (855) TIP-OCCS. 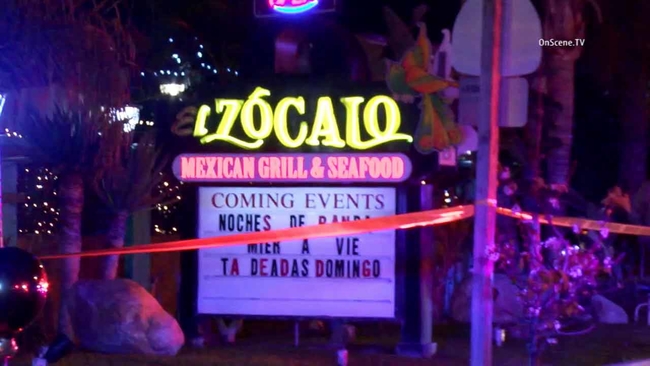