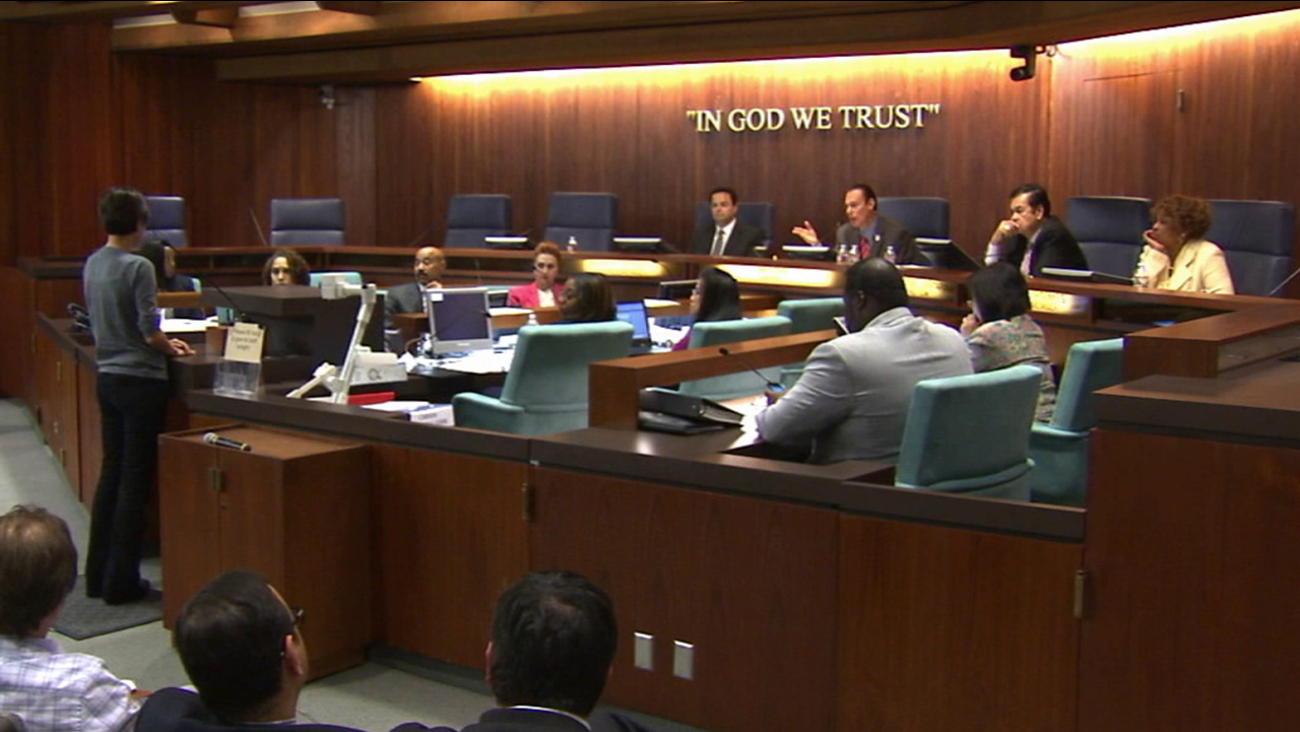 The Carson City Council listens to public comments about a proposed donation of a statue of Turkish leader Mustafa Kemal Ataturk on Wednesday, March 4, 2015.

CARSON, Calif. (KABC) -- The Carson City Council unanimously voted to turn down a gift for the city's sculpture garden, drawing cheers from those opposed to the controversial piece of art.

The vote came after hours of heated debate Wednesday over the tribute honoring Turkish leader Mustafa Kemal Ataturk, who was the first president of Turkey.

"I want to celebrate my heritage. Ataturk is George Washington to our country," Vega Sankur said.

Opponents said Ataturk was a vicious dictator responsible for the Armenian Genocide.

"I highly doubt that if a city was entertaining a German cultural monument, the German government would recommend a monument of Adolf Hitler," Montebello Mayor Jack Hadjinian said.

Tempers flared when the Turkish Consul General addressed the city council. Opponents standing turned their back on her as she spoke.

"I am here today to declare the support of the Republic of Turkey for the Ataturk Monument Project and to explain the importance of this project for the Turks all around the world," said Raife Gulru Gezer, Consul General of Turkey in Los Angeles.

Carson is now looking for other sculptures to add to its garden. Currently, the garden only has one piece of art.