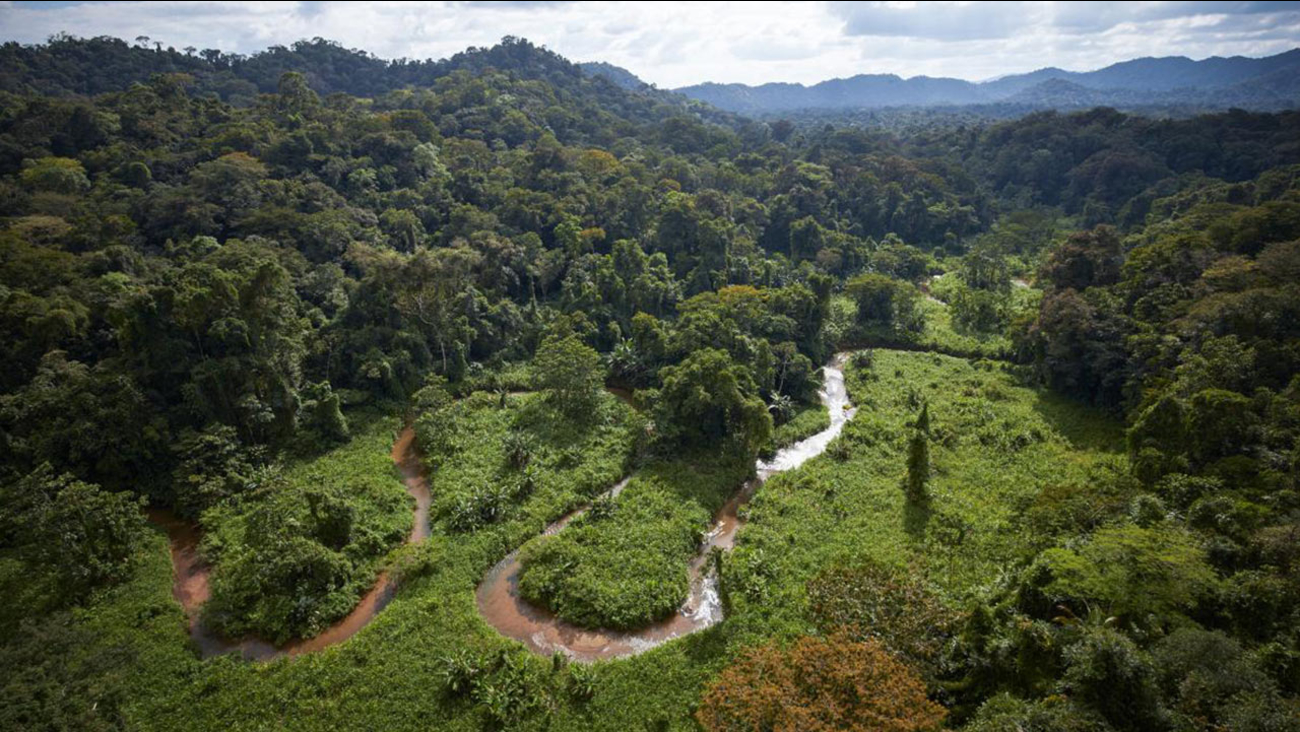 A stream winds through part of an unexplored valley in Mosquitia in eastern Honduras, a region long rumored to contain a legendary 'White City.' (Dave Yoder, National Geographic)

A culture that thrived thousands of years ago, but then completely vanished has been rediscovered by a group of explorers deep inside a rain forest in Honduras.

Known as the "City of the Monkey God," the ancient civilization has been left untouched by humans for 600 years, according to a story first reported on NationalGeographic.com.

A 'were-jaguar' effigy, likely representing a combination of a human and spirit animal, is part of a still-buried ceremonial seat, or metate, one of many artifacts discovered.

"For a hundred years, explorers and prospectors told tales of the white ramparts of a lost city glimpsed above the jungle foliage. Indigenous stories speak of a 'white house' or a 'place of cacao' where Indians took refuge from Spanish conquistadores - a mystical, Eden-like paradise from which no one ever returned," National Geographic reported.

Archaeologists found a cache of stone sculptures at the base of a pyramid that appeared to have been undisturbed, including one piece possibly of a shaman transforming into a spirit animal.

The exact location was not revealed for fear that looters could plunder the ancient treasures.