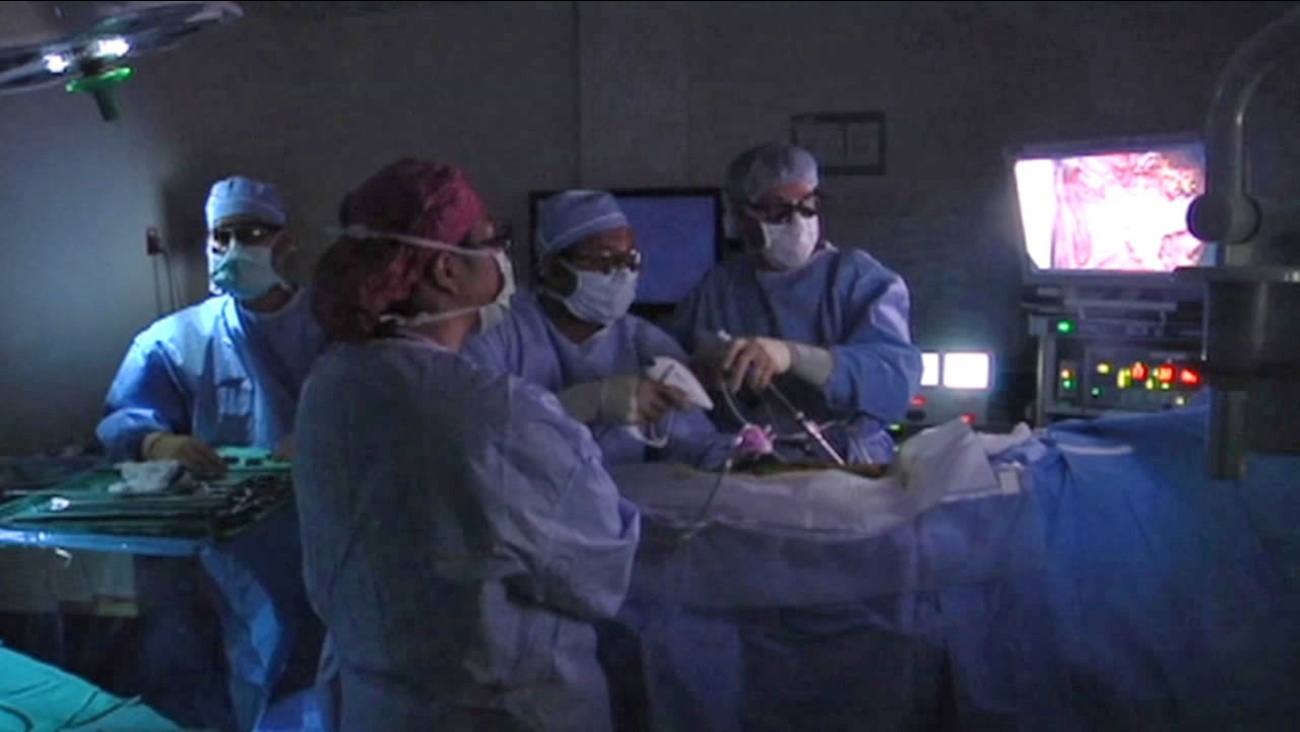 The first round of surgeries in a rare six-way kidney transplant that took place on Thursday at California Pacific Medical Center in San Francisco went smoothly.

SAN FRANCISCO -- Surgeons at a San Francisco hospital have completed all the operations in an organ donation chain that gave six patients new kidneys.

Three surgeries carried out Thursday and three on Friday at the California Pacific Medical Center represent the largest kidney donation chain in the 44-year history of the hospital's transplant center.

The patients are between 24 to 70 years old, and most are from the San Francisco Bay Area.

Those who had surgery Thursday were resting comfortably in recovery rooms and some were already walking around on Friday, Medical center spokesman Dean Fryer said.

Domino-like kidney swaps are becoming increasingly common when a donor's kidney is incompatible with a relative or friend who needs one. Instead of waiting for doctors to harvest a kidney from a body, recipients and donors can sign on to use a software program that connects them with others in the same situation.

For instance, if a woman wants to donate a kidney to her brother but isn't a match, the software helps them find a compatible patient-donor pair to swap kidneys with.

"In general this is a huge undertaking for our staff and physicians, and the donor matching software really makes this possible," Fryer said. "Without it, this six-way kidney transplant may not be possible."

Fewer than 17,000 kidney transplants are performed in the U.S. each year, and between 5,000 and 6,000 are from living donors, considered the optimal kind.

Kidney swaps are considered one of the best bets at increasing live-donor transplants.

The software program, MatchGrid, was developed by 59-year-old David Jacobs, a kidney recipient whose brother died of kidney failure.

Jacobs, of San Francisco, said the two months he imagined it would take to develop the software stretched into six years. But MatchGrid is catching on, growing to 24 hospitals next year. Other programs do similar work elsewhere.

"Some of these people might have waited forever and never got the kidney," Jacobs said.

"Being a transplant recipient myself, I am really grateful that this software is making this possible," he said. "I understand first-hand the despair of waiting for a deceased donor."