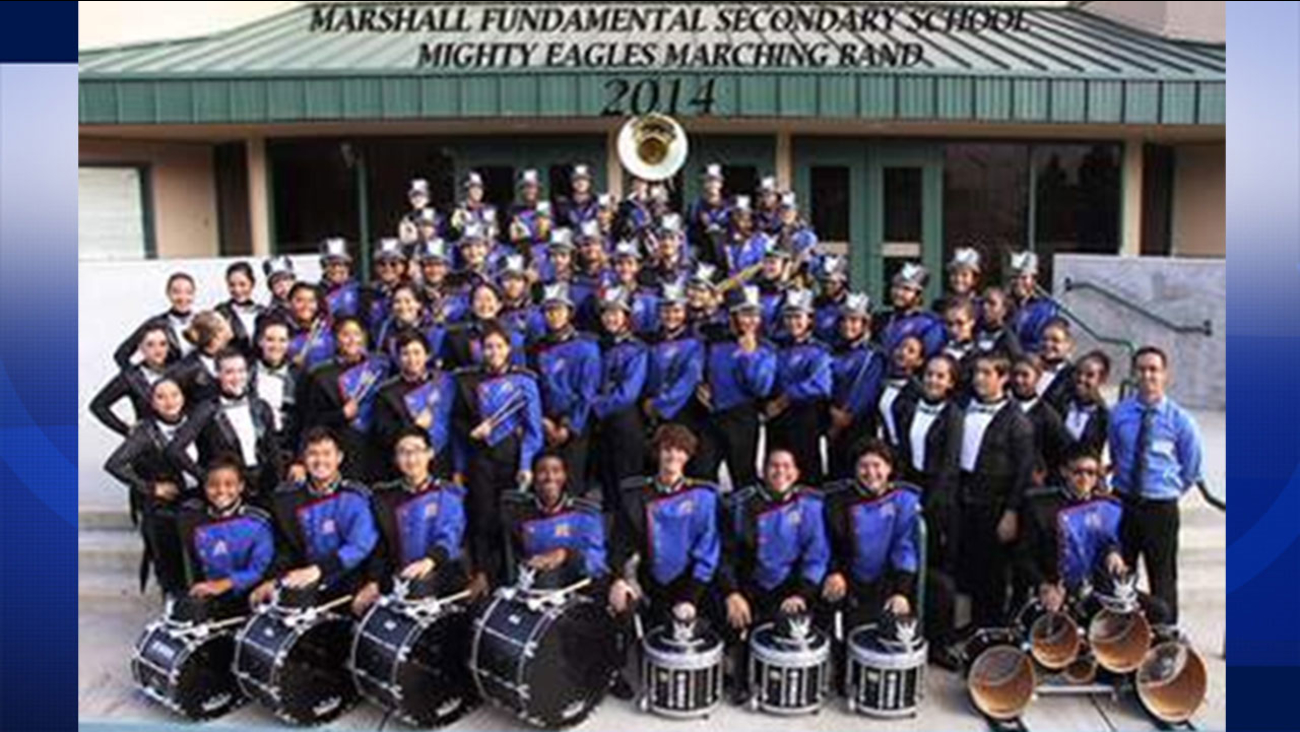 On Tuesday night, deputies on patrol in Pasadena saw a man rummaging through a Mercedes-Benz station wagon with instruments inside. Deputies approached the man, but he ran off.

On Saturday, sheriff's deputies confirmed that an arrest has been made in the case. No further details were immediately released.

The Pasadena Unified School District expressed their gratitude in a statement released Saturday.

"The Pasadena Unified School District and Marshall Fundamental School are grateful to the Los Angeles Sheriff's Department and the Pasadena Police Department for their quick work in reportedly recovering some of the instruments and equipment that were stolen from Marshall last weekend," the district said. "Once the instruments have been returned to Marshall, the school can begin accounting for what instruments and equipment have been recovered by law enforcement and what is still missing. The district is working in full cooperation with the Pasadena Police Department as they continue to investigate the burglary at Marshall."

The band appeared at the All-District Music Festival Friday and performed at Disneyland on Saturday with loaned instruments. School staffers had been scrambling ever since the theft, begging and borrowing to find replacement instruments for the performances.

"The Marshall students, staff, parents and band boosters have been touched by the generosity of the community in supporting the band and the students who had their instruments stolen," the district said.

District officials said it was unclear how many items were actually recovered. The instruments are not expected to be returned until Monday at the earliest.

The investigation is ongoing. If you have any information about this case, you're asked to contact the Pasadena Police Department.