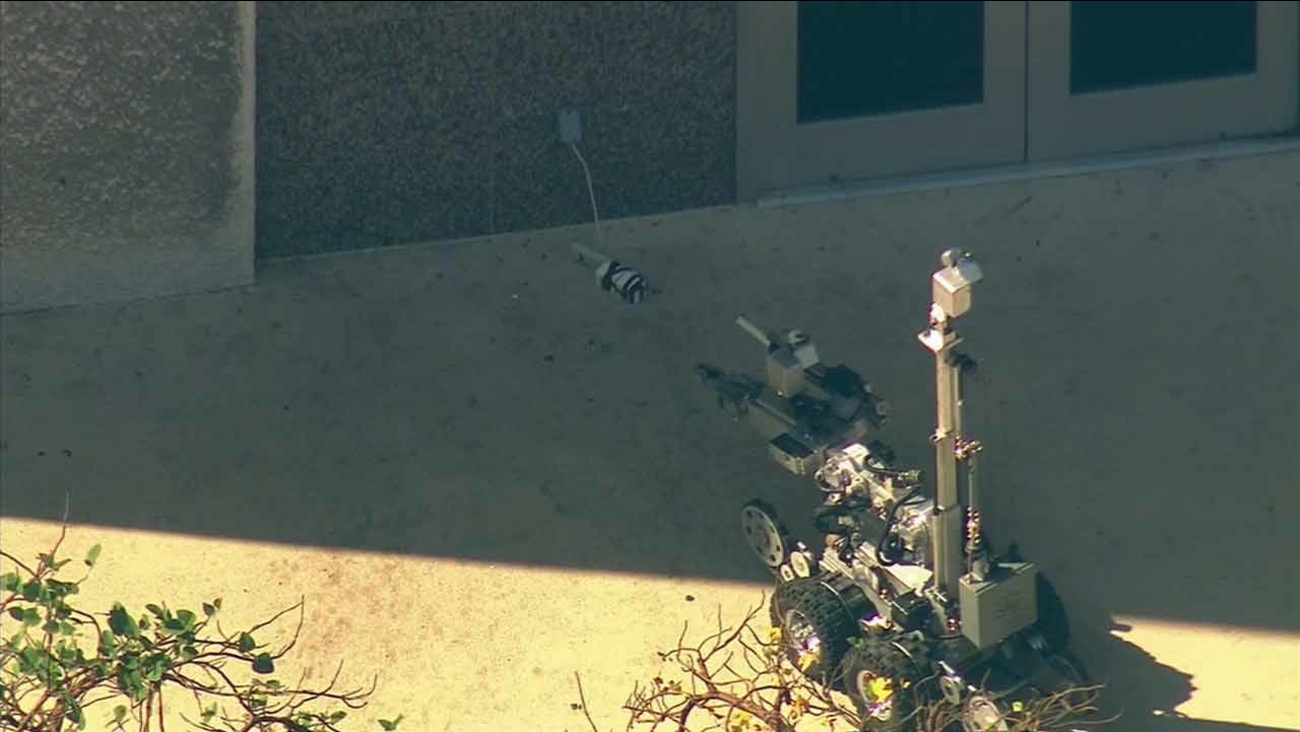 An LAPD bomb squad robot is shown near a suspicious device at the Metropolitan Courthouse near downtown Los Angeles on Monday, March 9, 2015. (KABC)

DOWNTOWN LOS ANGELES -- A bomb squad robot detonated a suspicious device that prompted the evacuation of the Metropolitan Courthouse near downtown Los Angeles on Monday.

The device was reported at around 9:30 a.m. at 1945 S. Hill Street. It was described as a strange object stuck to the wall with wires sticking out.

The courthouse was evacuated as a bomb squad investigated the incident.

The object was safely detonated at around 11 a.m.

Metro Blue Line service was suspended at Grand Avenue and the Los Angeles Technical College due to the police activity, but was set to resume normal service around 12:30 p.m.