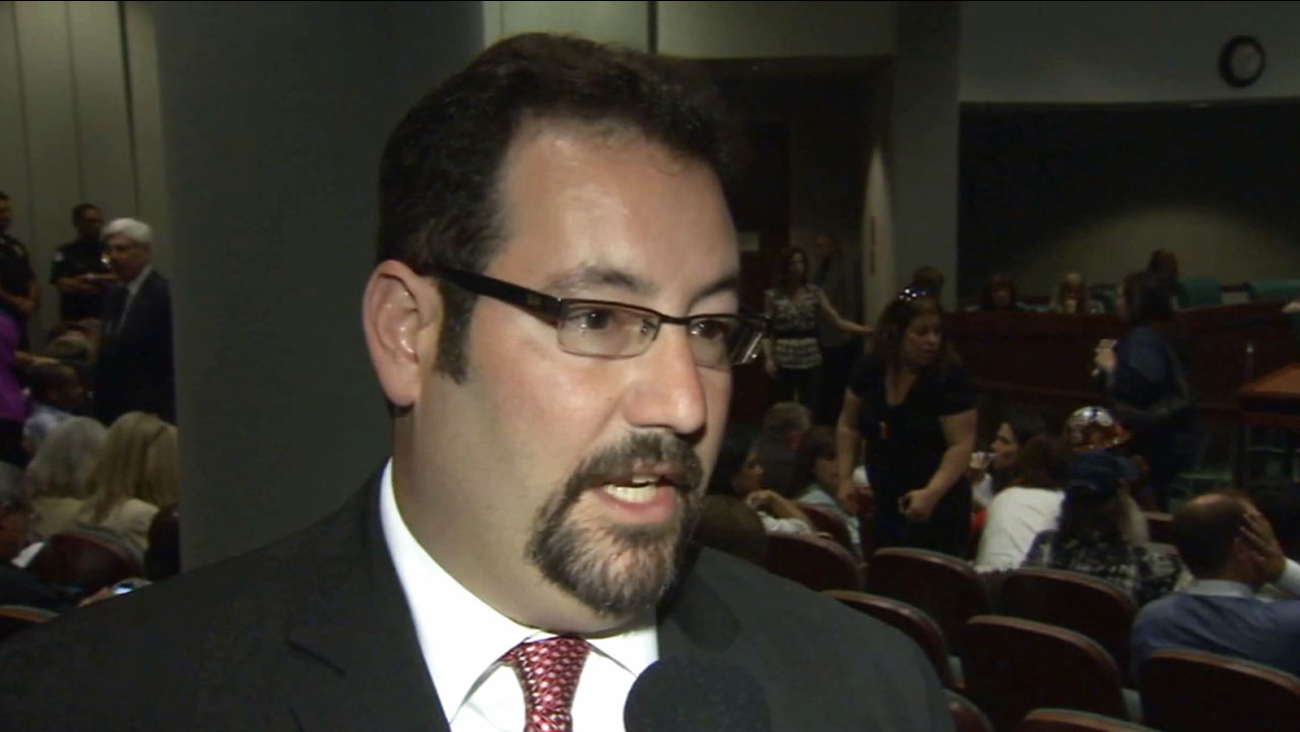 Brian Goldberg, the president of the Beverly Hills Unified School District board, was arrested on suspicion of battery against a female neighbor Monday, March 9, 2015.

BEVERLY HILLS, Calif. (KABC) -- The president of the Beverly Hills Unified School District board was arrested for allegedly attacking his female neighbor over a dispute in their parking garage Monday.

Brian Goldberg, 42, was arrested on suspicion of misdemeanor battery at his condominium building in the 200 block of Tower Drive at about 7:45 p.m.

Police say Goldberg allegedly pushed his 18-year-old neighbor to the ground after she accused him of "unsafe driving."

"She was not happy about the way he was operating his vehicle. She thought it was unsafe and she believed that he had almost struck her with his vehicle," said Beverly Hills police Lt. Lincoln Hoshino.

An argument between Goldberg and the victim continued into their elevator.

"She was shoved in the elevator where she struck her head on the interior of the elevator and subsequently when the elevator door opened he shoved her again, knocking her to the ground," Hoshino said.

The alleged victim, whose name was not released, called 911 and reported that Goldberg had physically assaulted her. Goldberg told responding officers that that wasn't the case.

"Dr. Goldberg indicated he just brushed up against her, but he did have some conflicting statements which also helped affirm some of the officers' beliefs in what happened," Hoshino said.

The victim requested a citizens arrest and Goldberg was taken into custody and cited.

Goldberg was released at about 8 a.m. Tuesday. He is scheduled to appear at the Los Angeles Airport Courthouse on May 4.