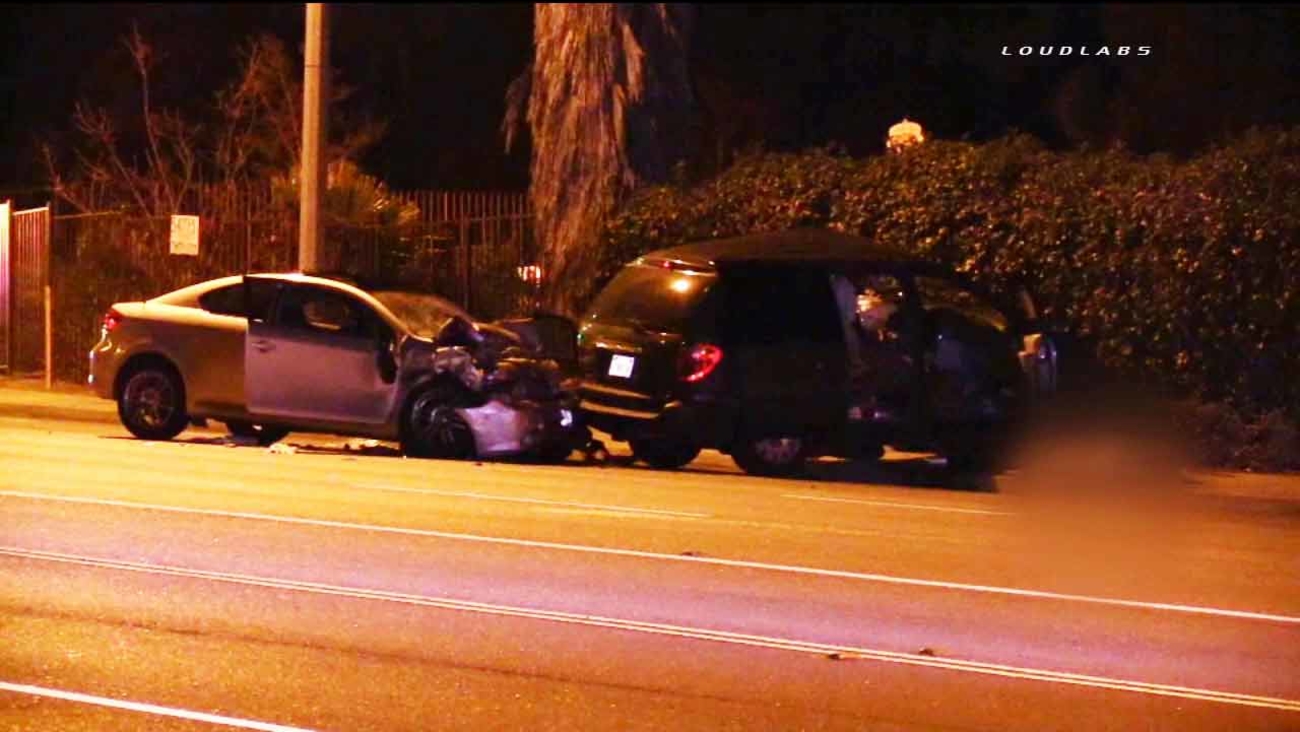 A Scion and a Chrysler minivan are shown following a fatal crash in Riverside on Wednesday, March 11, 2015. (KABC)

RIVERSIDE, Calif. (KABC) -- Two people were killed and another was injured following a two-car wreck in Riverside.

The crash happened around midnight near the intersection of Alessandro Boulevard and Canyon Crest Drive.

Police believe a female driver of a silver Scion ran a red light and broadsided a Chrysler minivan at a high rate of speed.

Both drivers were pronounced dead at the scene. A male passenger in the Scion was rushed to Riverside Community Hospital in serious condition.

The identities of those involved were not immediately released.

All six lanes of Alessandro Boulevard were shut down near the scene for the investigation. The duration of the closure was unknown.

The crash remains under investigation.