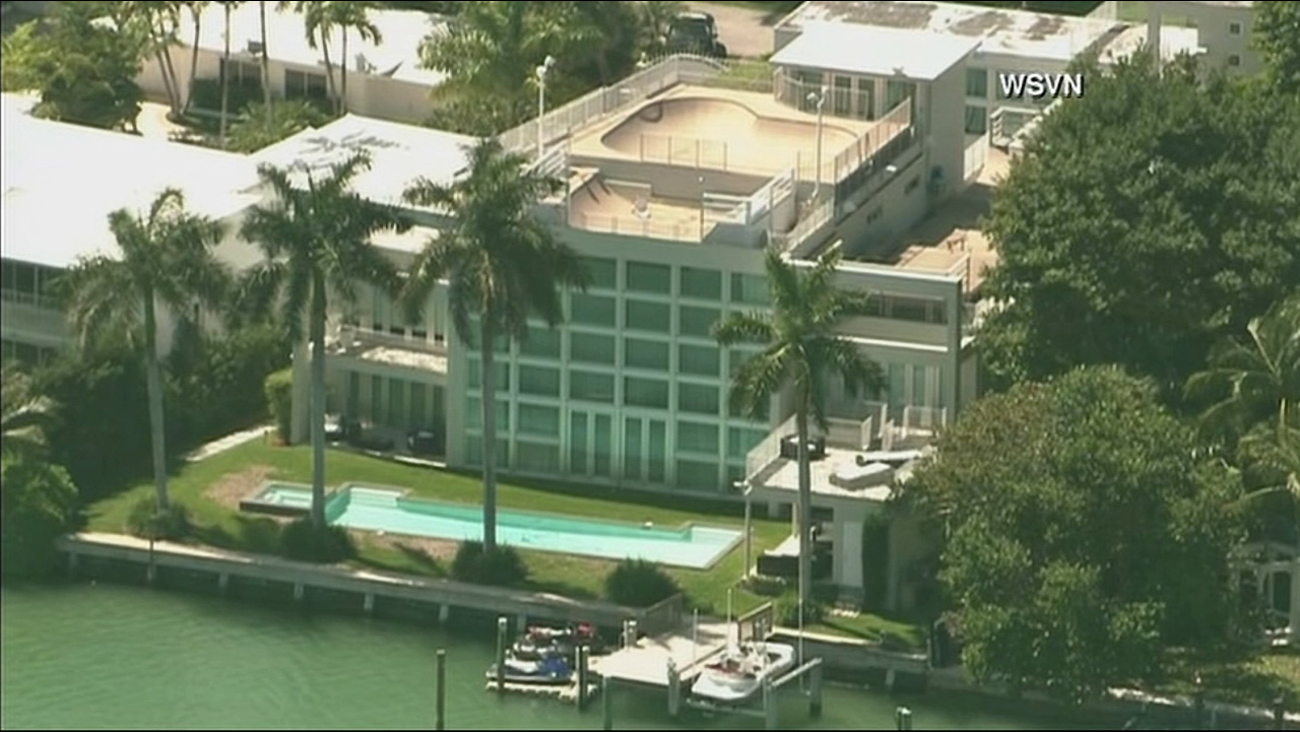 Police responded to the Miami Beach home of rapper Lil' Wayne after receiving an apparent hoax report of shots fired at the waterfront residence on Wednesday, March 11, 2015. (KABC)

MIAMI BEACH, Fla. (KABC) -- A report of a shooting at rapper Lil Wayne's Florida home was determined to be a "swatting" hoax, police said on Wednesday.

Officers responded to the home after an unknown person called a police non-emergency line at 12:40 p.m., claiming that four people had been shot at the waterfront home on an exclusive Miami Beach island.

The responding officers, including a heavily armed SWAT team, found no evidence of a shooting, no victims and no gunman.

Miami Beach police spokesman Ernesto Rodriguez said the owner of the home, Lil Wayne, whose real name is Dwayne Michael Carter, was not there at the time.

Miami Beach police tweeted that the incident was a result of a "swatting call" and there were no injuries, adding that the department handles all such calls "in a serious manner."

#UPDATE unfortunately this appears to be a "Swatting" call. No victims /no injuries /no subject at 94 LaGorce.

MBPD handles all calls of this nature in a serious manner . In this case it appears to have be a hoax @ #LiLWaynes home . #Swatting

"We can say for sure it was a hoax," said Miami Beach police spokesman Ernesto Rodriguez. "It's not a laughing matter."

Everybody good on our side...thanks for the concern

Property records show the eight-bedroom, 10-bath home was most recently assessed at $9.4 million.