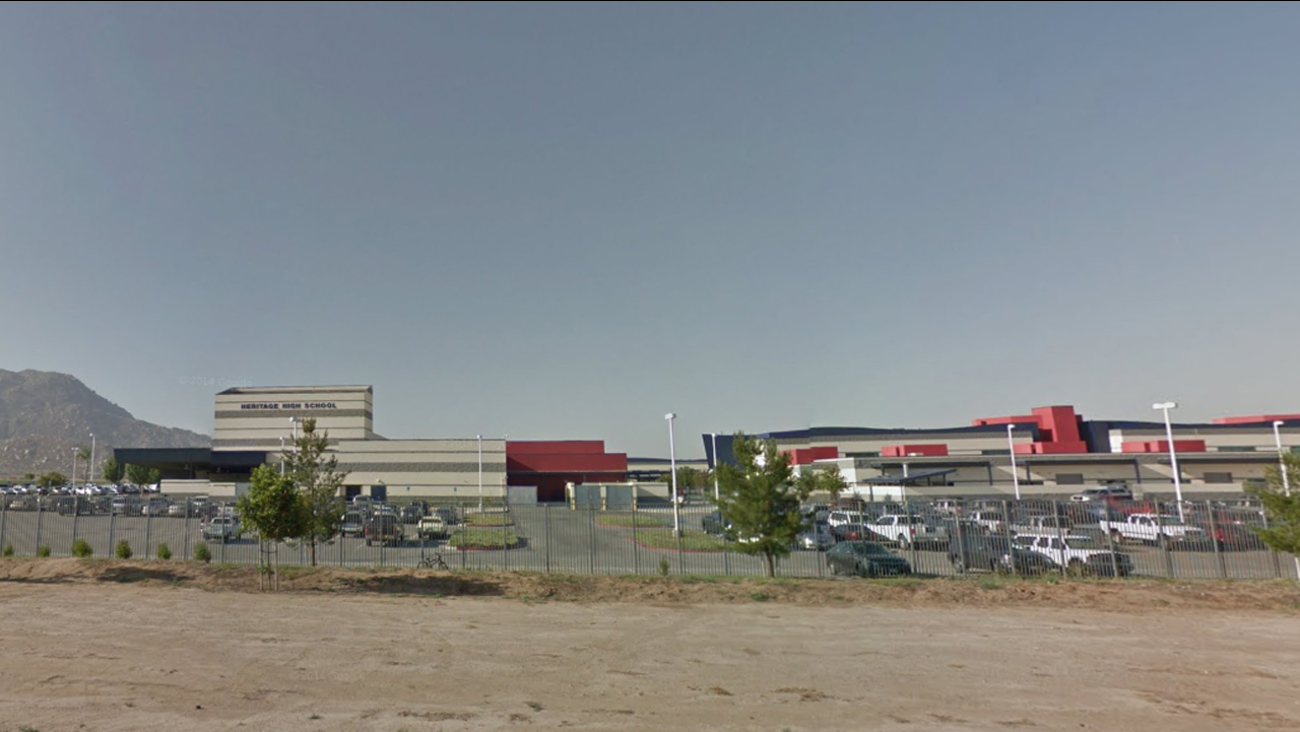 ROMOLAND, Calif. (KABC) -- A bomb squad responded to Heritage High School in Romoland in Riverside County after a small explosion.

The blast was reported around 9:15 a.m. in the boys' locker room. The preliminary investigation revealed that the explosion came from "an explosive device made from dry ice," Menifee police said.

The school was placed on lockdown for about an hour but has since been lifted.

Officials initially reported that one student suffered minor injuries, but they now say no students were injured.