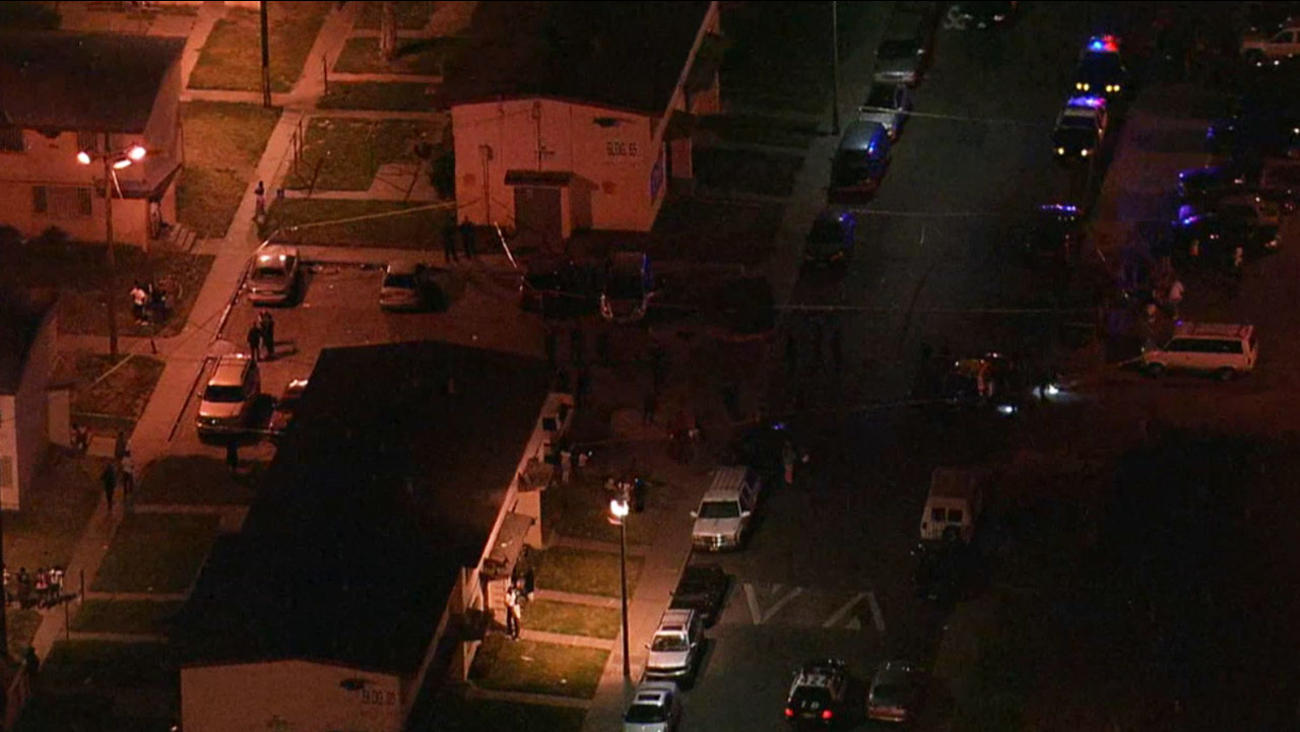 Police respond to the scene of a shooting near 102nd and Grape streets in Watts Friday, March 13, 2015.

The shooting was reported near 102nd and Grape Streets at 8:47 p.m.

Both men were transported to St. Francis Medical Center, where they were undergoing surgery and listed in critical condition Friday night.

A woman was shot in the side, police said. She tried driving herself to the hospital, but later flagged an officer down. She is listed in stable condition at St. Francis Medical Center.

The victims were attending a vigil for a neighbor who had died earlier in the week of natural causes, according to police.

The suspects were described as two black males. The motive remains unknown.