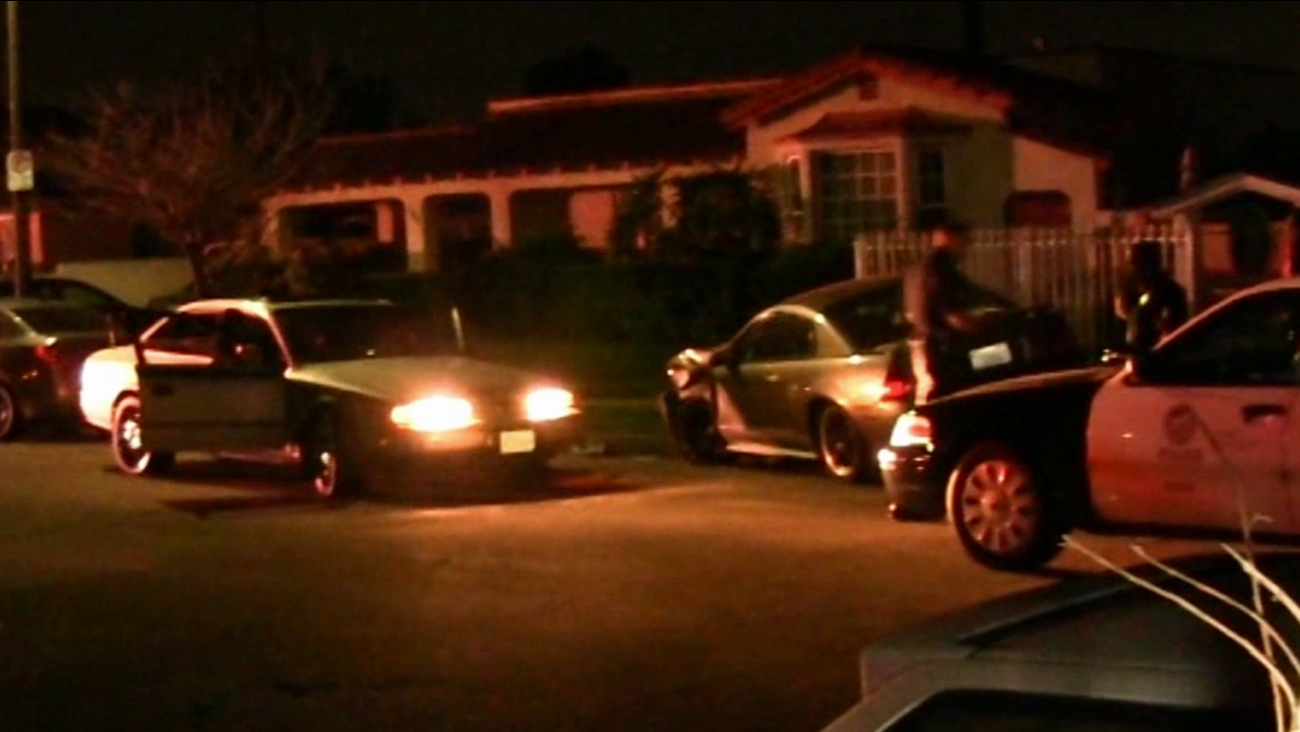 Leroy Hill, 46, was driving on 65th Street and was shot in the chest near Broadway shortly before midnight Saturday, causing him to crash, police said. He died at the scene.

One suspect fled on a bicycle and another suspect escaped on foot.

Police believe the shooting is gang related. The victim is believed to be in the Crips gang and the two suspects allegedly called out gang affiliations before the shooting.