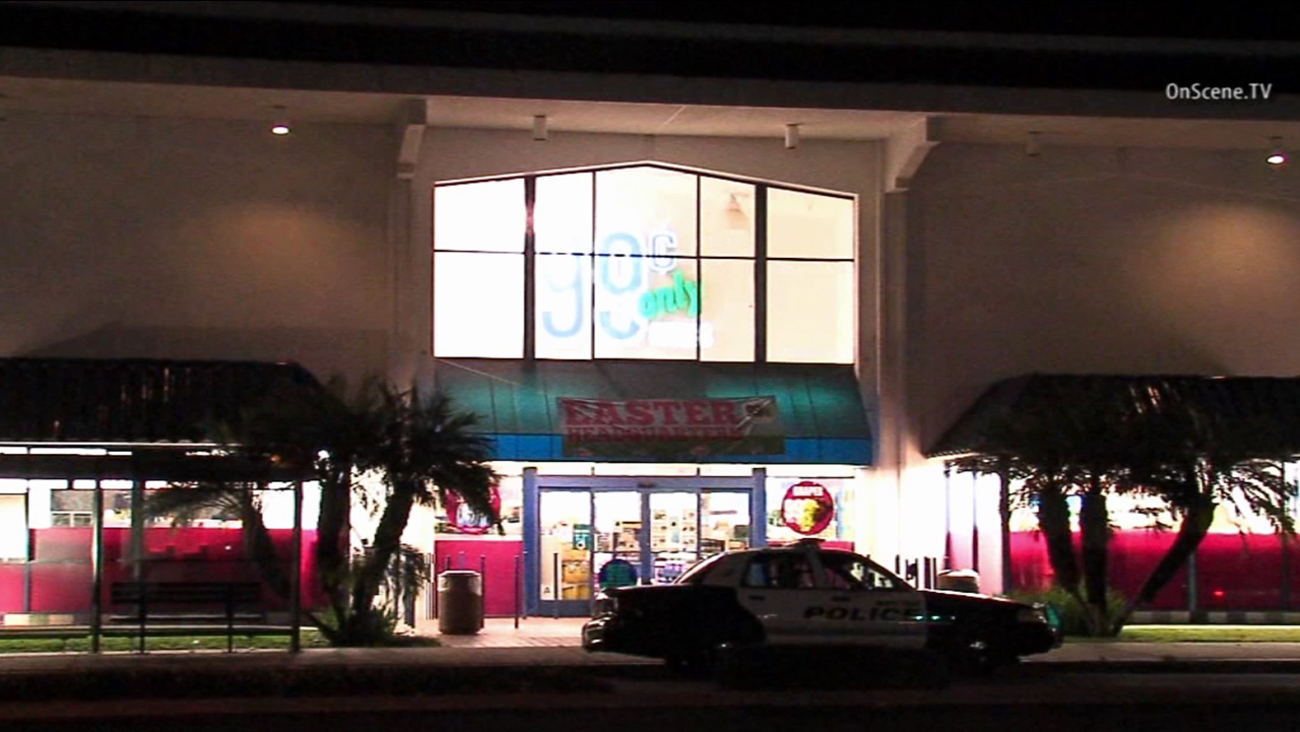 A Whittier police car parks outside a 99 Cents Only store, where a pursuit suspect was believed to be barricaded inside on Friday, March, 13, 2015. (OnScene.TV)

WHITTIER, Calif. (KABC) -- A police chase turned into a barricade situation inside a 99 Cents Only store in Whittier Friday night when a vehicle fled from a DUI checkpoint.

The car pulled up then drove off from a checkpoint at Lambert Road and Scott Avenue. Police pursued the suspects down Scott Avenue to Whittier Boulevard.

Authorities believe a gun later recovered was thrown out by the suspects during the chase.

Five people bailed from the car and fled on foot.

At one point, police believed a suspect was barricaded inside a 99 Cents Only store, but no one was found inside. Whittier police said the suspects may have fled before the perimeter was put up.

One person found hiding under a parked car in a nearby neighborhood was taken into custody.