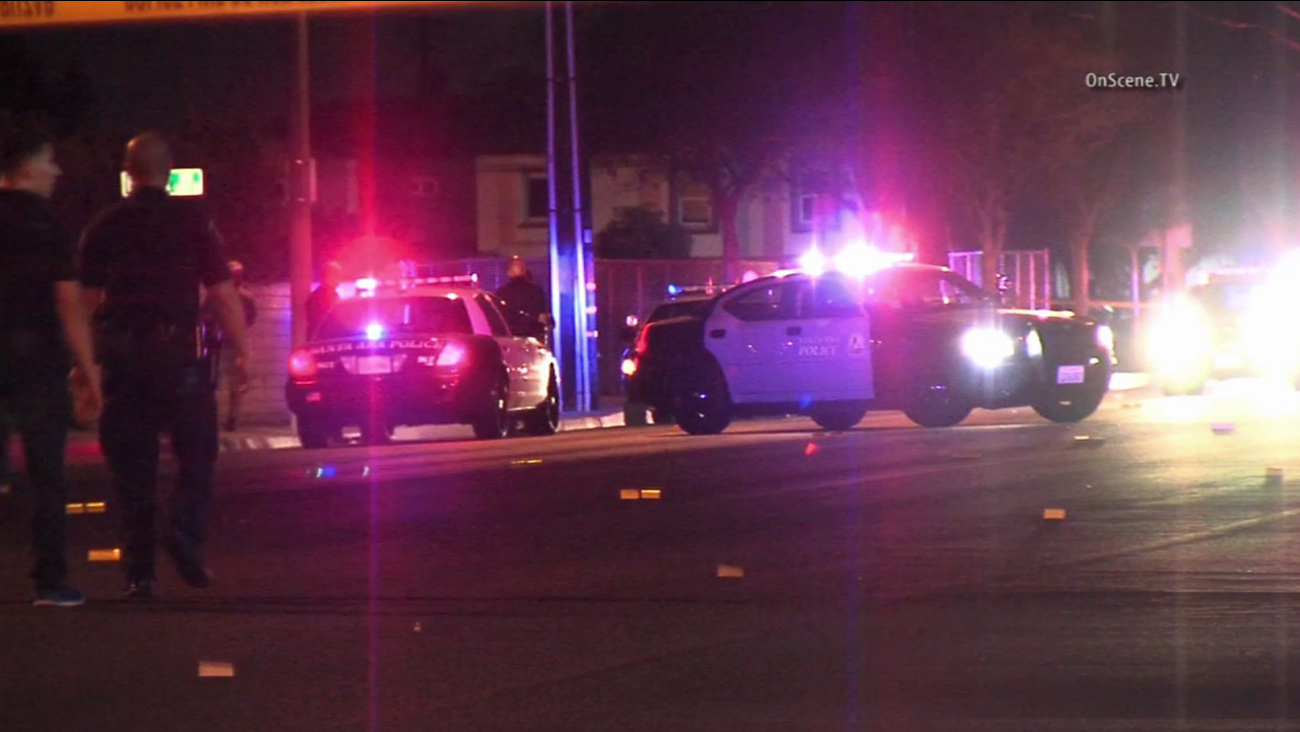 SANTA ANA, Calif. (KABC) -- A 2-year-old boy was killed after being struck by a car in Santa Ana, police said.

The crash occurred shortly before 10 p.m. Saturday in the 800 block of South Newhope Street. The child was taken to a hospital in critical condition, but later died.

Neighbor Rudy Romero said the toddler managed to get out of a nearby home about a block from the crash site.

"They were babysitting the kid and one of the persons that was watching the kid had went to the bathroom for a little bit," Romero said. "When she came out the baby was gone. They were trying to locate him in the house."

The driver was cooperating with authorities. Drugs and alcohol were not believed to be involved, police said.