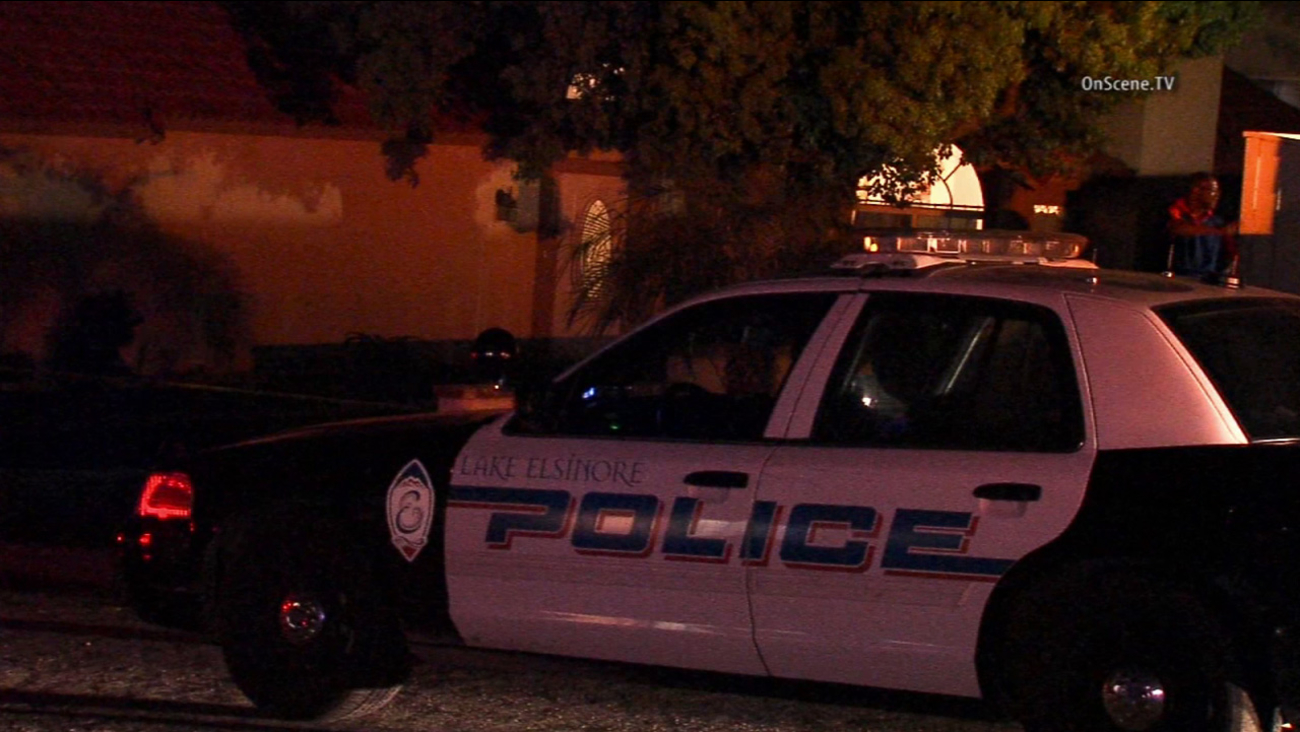 Lake Elsinore police respond to a domestic violence call that resulted in an officer-involved shooting on Sunday, March 15, 2015. (OnScene.TV)

CORONA, Calif. (KABC) -- Riverside County sheriff's deputies were investigating a deputy-involved shooting that took place while authorities were responding to a domestic violence call in the Glen Ivy area.

Deputies from the Lake Elsinore station responded to the 9200 block of Palm Canyon Drive at about 8:30 p.m. Sunday. They discovered the suspect, Luis Albert Sanchez, had an outstanding warrant for vehicle theft.

Sanchez fought with a deputy attempting to arrest him, which resulted in a deputy-involved shooting, officials said.

Sanchez was taken to a hospital with non-life threatening injuries. He was later taken into custody on suspicion of domestic violence, false imprisonment, violation of probation, felony car theft warrant and a misdemeanor narcotic warrant.

The deputy who fired the shot was placed on administrative leave. His name was not released.

An investigation was underway. Anyone with information is asked to call Investigator Navarrete of the Central Homicide Unit at (951) 955-2777 or Investigator Kelleher at (951) 245-3300.