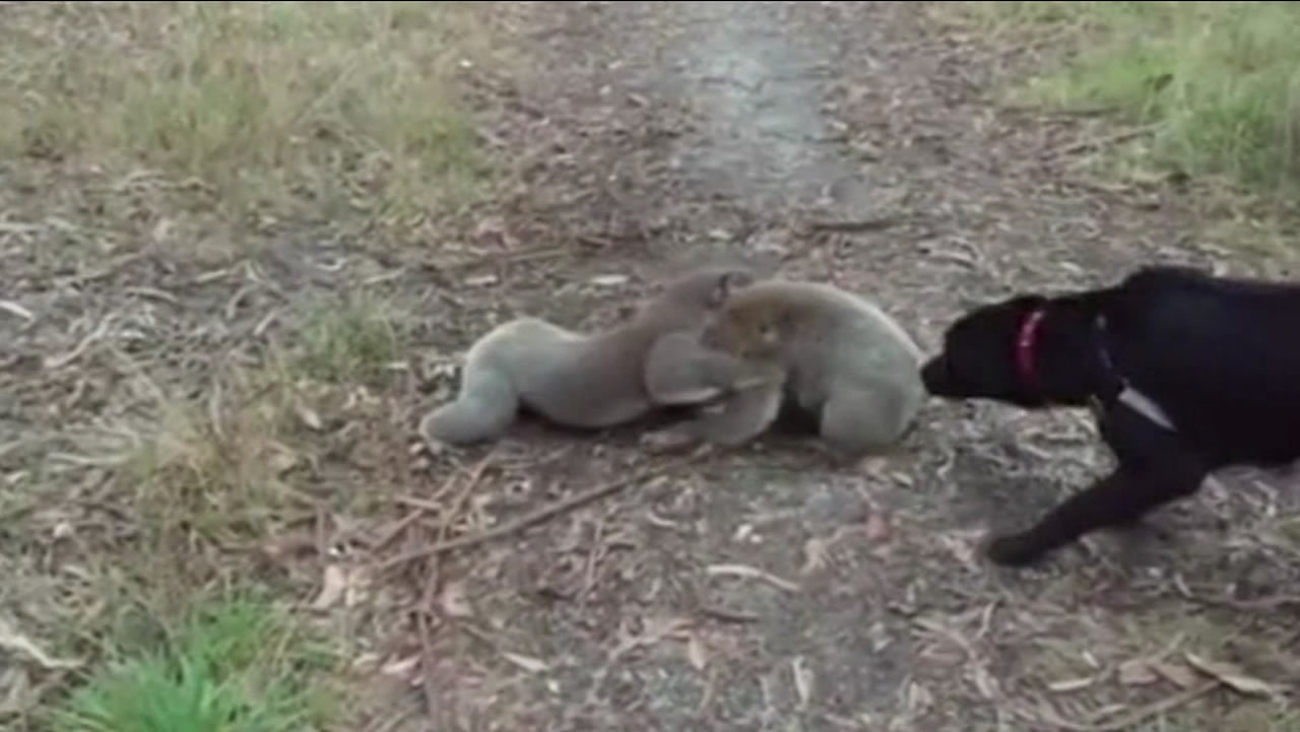 KGO
Two koalas were caught on video locked in a wrestling match in Victoria, Australia.

Ashton Webster was on his daily walk with his dogs when he came across the two furry bears in a vicious brawl next to the path.

The koalas lunged at each other hoping to knock down their opponent. The koalas were so engrossed in their fight, they were oblivious to Webster and his dog Lucy, who continually tried to poke her nose in the drama.

Male koalas are known for their aggression, but catching them like this is rare.