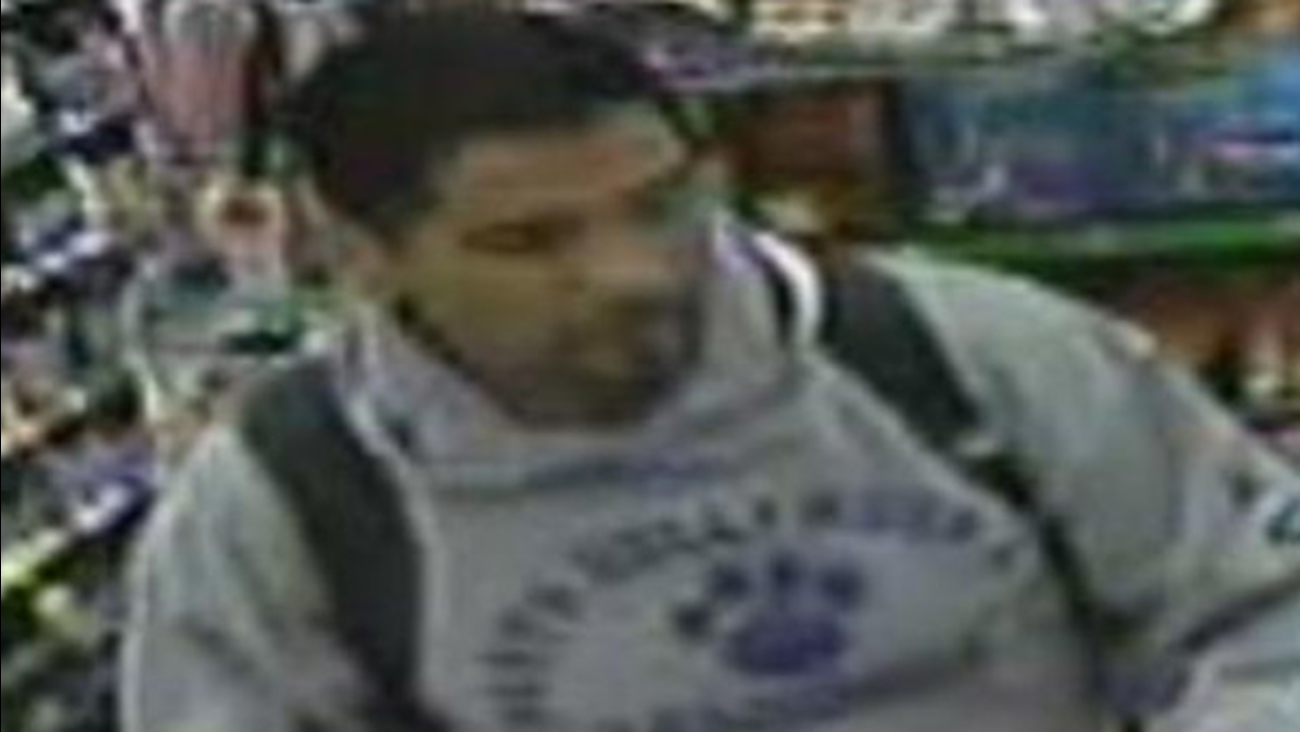 A sexual assault suspect is seen in this image from Montebello police.

MONTEBELLO, Calif. (KABC) -- Authorities are seeking the public's help finding a suspect who tried to sexually assault a woman in Montebello.

The victim was in the 1500 block of Paramount Boulevard in front of a Chevron gas station when she was approached by the suspect on Feb. 11 at about 7:30 a.m.

The man began talking to her and "persuaded her to follow him to a bus stop where she could catch the bus sooner," police said in a news release.

The suspect took her to a secluded area between the 60 Freeway and The Shops at Montebello, where he tried to sexually assault the woman.

The woman was able to fight off the attack and flee.

The suspect was described as a man between the ages of 30 to 40, 5 feet 6 inches tall and approximately 130 pounds, with black hair and a goatee. He was last seen wearing a gray hooded sweater with blue writing, black shorts and a dark-colored backpack.