Suspect taken into custody after standoff on Anaheim roof 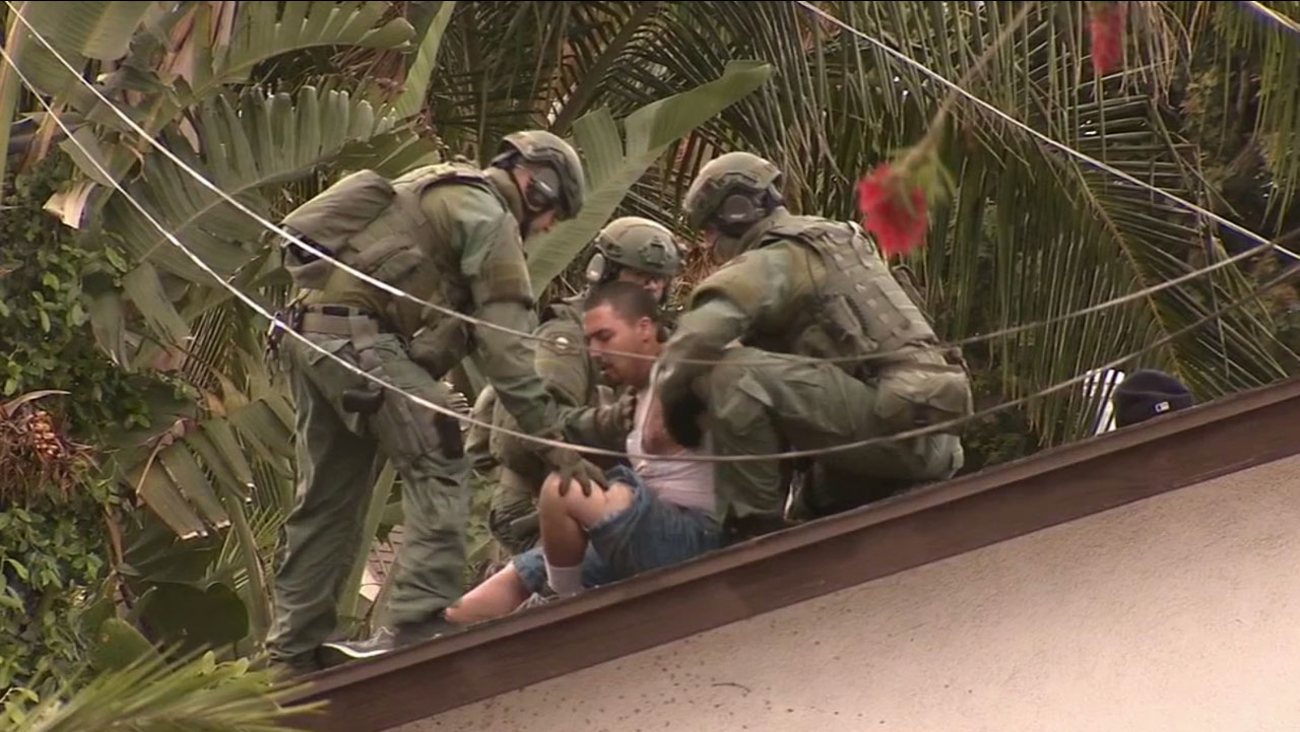 A man was taken into custody following an hours-long standoff on the roof of a home in the 1500 block of West Chanticleer Road in Anaheim Sunday, March 22, 2015.

ANAHEIM, Calif. (KABC) -- A possibly armed suspect was taken into custody after barricading himself on the roof of an Anaheim home for about eight hours.

Anaheim police tried to make contact with the suspect, who was wanted for a violation of a court order, at about 11:45 p.m. Friday. He then ran from the officers through a backyard of a residence and onto a roof in the 1500 block of West Chanticleer Road.

Four nearby residences were evacuated during the standoff. He was taken into custody at about 7:45 a.m. after officers fired "water balls" at him, according to Anaheim police Lt. Eric Trapp. "Water balls" are allegedly similar to paint balls.

"It doesn't feel good," Trapp said. "After a couple of those, we were able to get on the roof."

The 32-year-old suspect, whose identity has not been released, was allegedly under the influence of drugs. The suspect had two active warrants for his arrests in addition to the charges he now faces following Sunday's incident, Trapp said.