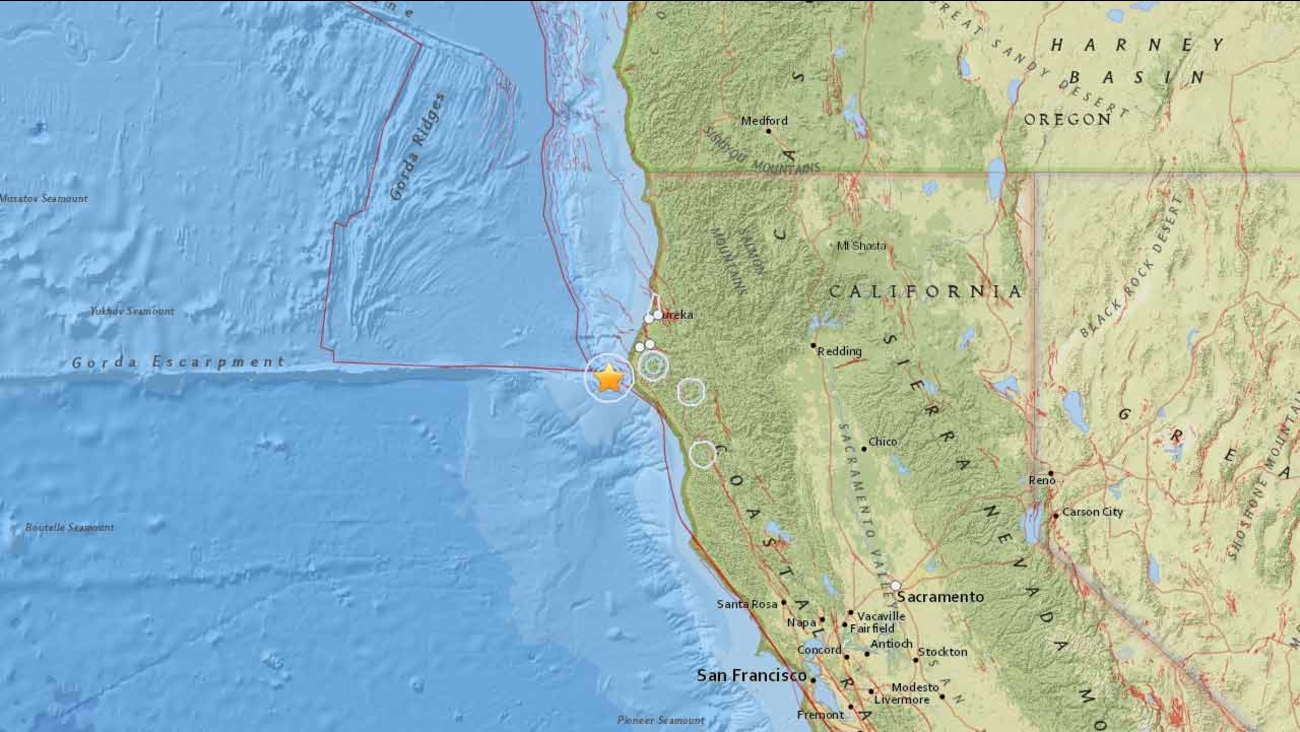 NORTHERN CALIFORNIA (KABC) -- An earthquake with a preliminary magnitude of 5.7 struck 17 miles west of Petrolia in Northern California on Wednesday.

Ferndale City Manager Jay Parrish told ABC News that he felt a lengthy rolling motion when the quake struck. After the rolling stopped, he walked down Main Street and saw no damage and heard no reports of injuries.

The temblor had a depth of about 10.6 miles.

Residents as far away as Chico reported feeling the earthquake.

There were no immediate reports of damage and there was no tsunami warning issued.