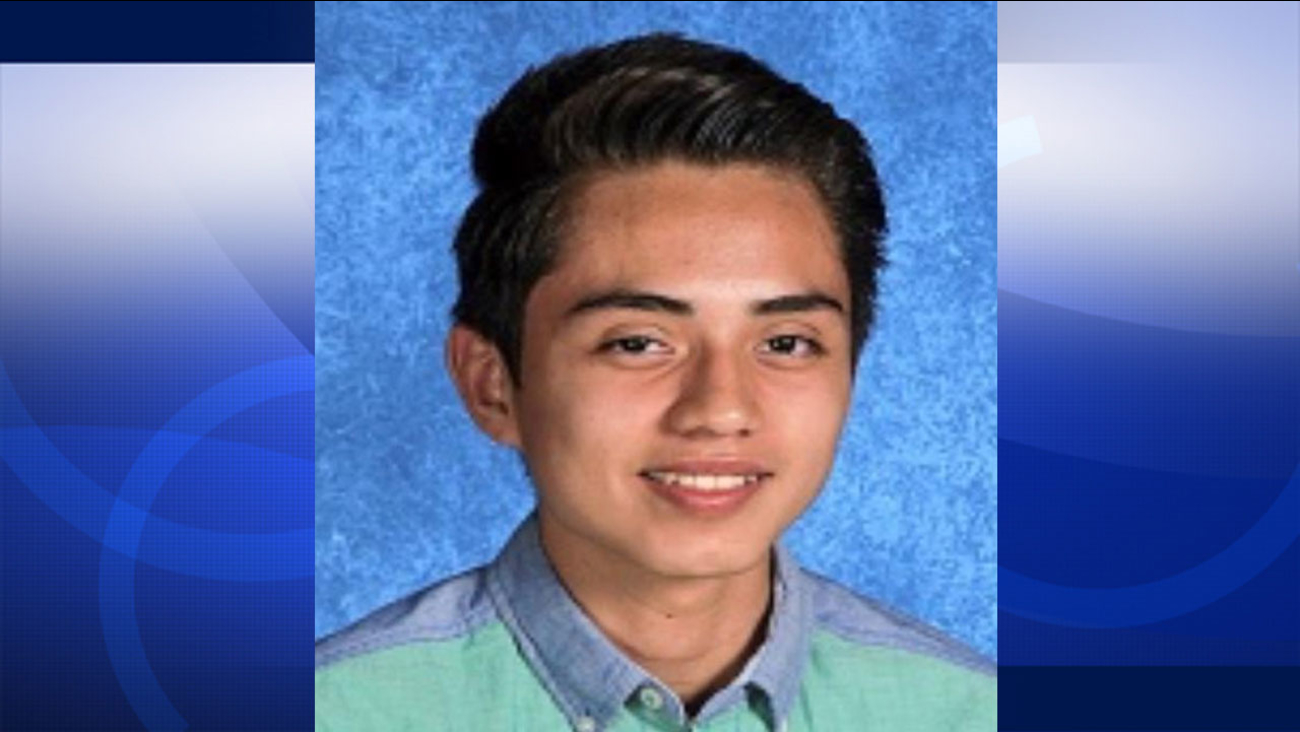 Roberto Garcia, 16, was fatally struck on the eastbound lanes of the 91 Freeway, east of Tyler Street in Riverside Monday, March 23, 2015. (http://www.rusdlink.org/arlington)

RIVERSIDE, Calif. (KABC) -- A 16-year-old boy was killed while running across the 91 Freeway in Riverside Monday night.

Roberto Garcia was fatally struck by a vehicle east of Tyler Street around 10 p.m. while running across the westbound lanes toward the eastbound lanes, according to the Riverside County Coroner's Bureau.

The victim was able to jump over the center divider, but was struck by a sedan on the slow eastbound lane. He was pronounced dead at the scene.

A teenage boy was killed while running across the 91 Freeway, east of Tyler Street, in Riverside Monday, March 23, 2015.

The 38-year-old driver stopped and has not been charged. It's not yet clear why the boy was running across the freeway, but authorities say it does not appear to be a suicide.

Come by the lecture hall if you would like to sign sympathy letters for Roberto's family or a poster in his memory. pic.twitter.com/TARbJD2wGb

Crisis counselors were on hand Tuesday to help students deal with the tragedy.

The investigation is ongoing. Anyone with further information was urged to contact the CHP Riverside area office at (951) 637-8000.