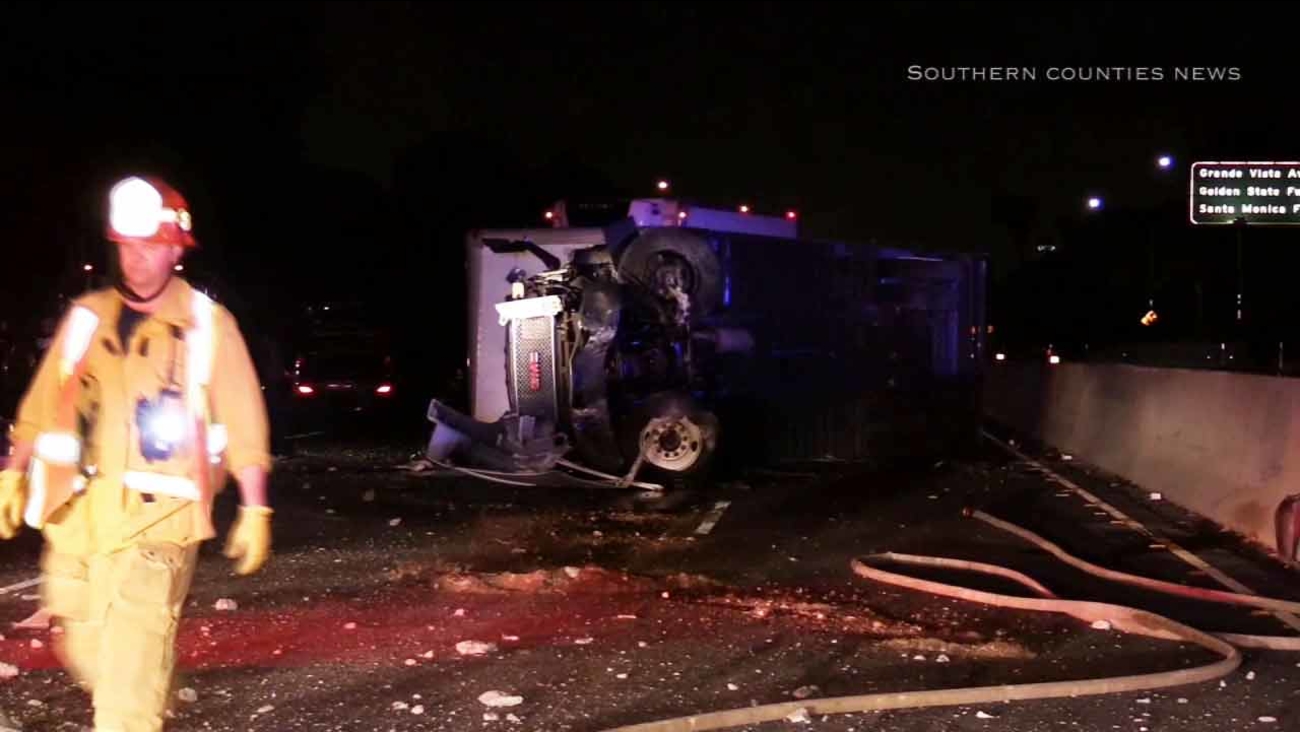 An overturned big rig closed all southbound lanes of the 5 Freeway near Indiana Street in East Los Angeles on Wednesday, March 25, 2015. (KABC)

The southbound lanes were closed from the East Los Angeles interchange to the 710 Freeway, according to the California Highway Patrol. All freeway lanes were reopened by around 7:35 a.m., but several surrounding transition roads to the 10, 60 and 101 freeways remained shut until later in the day. All roads have since reopened.

It started with an initial crash on the northbound lanes. The box truck swerved to avoid that crash, flipped over the median and rolled into the southbound lanes.

Drivers served to miss the truck. At least six vehicles in total were involved in both crashes.

Two people were transported to area hospitals. Their conditions were unknown.