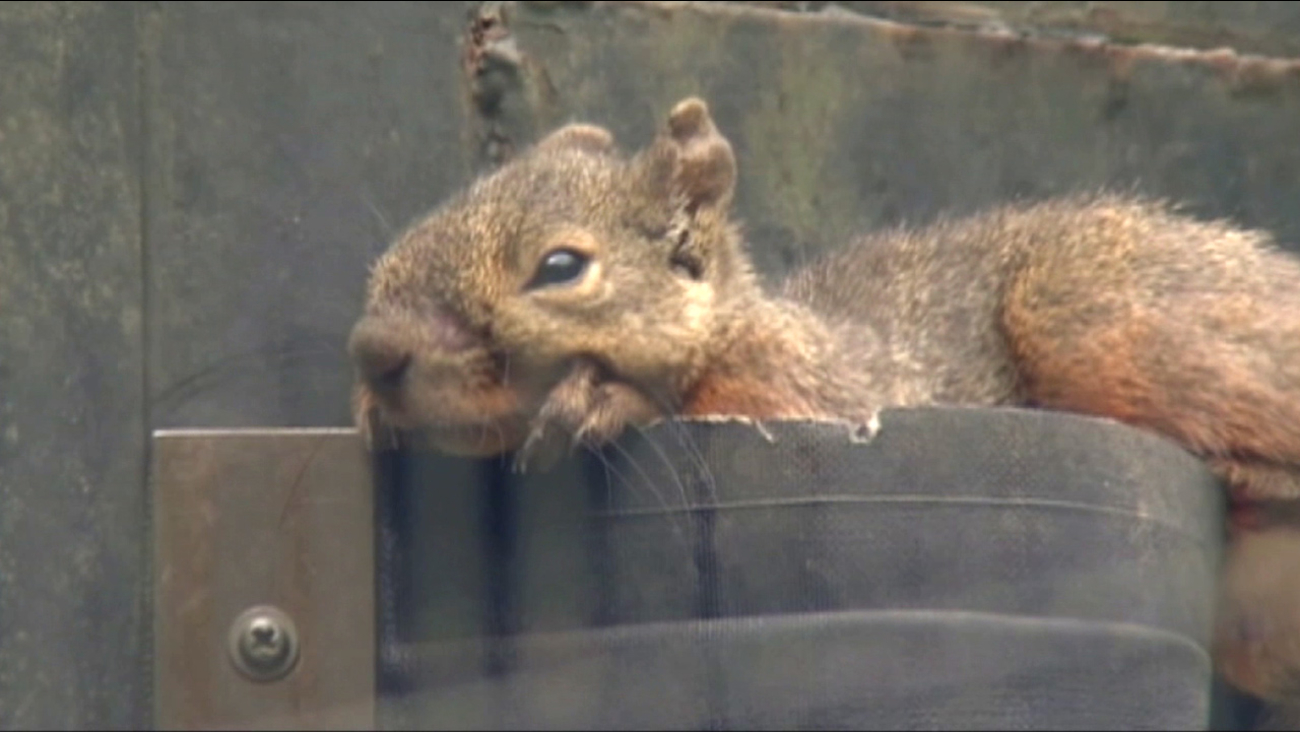 A squirrel is shown in this undated file photo.

RIVERSIDE, Calif. (KABC) -- Eastern fox squirrels are becoming quite the nuisance in a Riverside neighborhood.

Buddy Nickle, a resident in the Woods Street neighborhood in the city, said he tried to get them to stay away from his home.

"They run around your roof and they made a nest in my attic," Nickle said. "I went to the garden supply and they had some squirrel go-away and it doesn't work."

The city is now allowing residents to do more by trapping or killing the bushy-tailed rodents.

"There's a big enough population, they're causing enough problems that, I felt and the council unanimously supported, people want to be able to try to control on their own property," Riverside City Councilman Mike Gardner said.

Resident Henry Ross said he has had it with the non-native tree squirrels and their appetites.

"They have taken the blossoms off my apricot tree three years in a row," Ross said.

This year, he's taking matters into his own hands with a trap he borrowed from a friend. Ross said his friend has relocated about 40 squirrels using the trap.

But not all neighbors agree the squirrels are a problem.

"Again, I don't understand how they could bother anyone," Dawn Fjeld said.

The new ordinance will not apply to the native grey squirrel or those protected by state and federal law. It will take effect next month, and while residents will be allowed to trap and poison the squirrels, they are not allowed to shoot them.