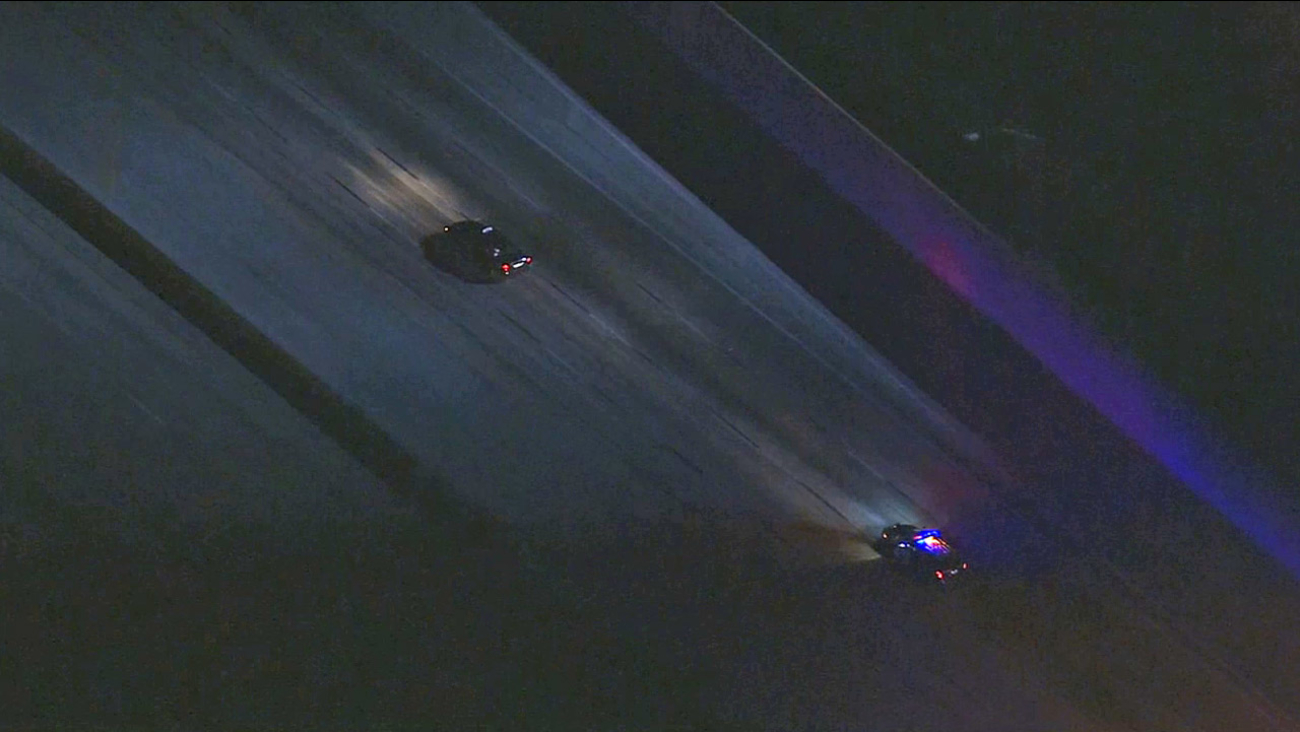 LOS ANGELES (KABC) -- A suspect in a stolen taxi led California Highway Patrol officers on a chase that started Thursday night and went into the early morning hours on Friday before he was arrested.

Authorities said a taxi was reported stolen from the 7-Eleven at First and Flower streets in Santa Ana around 10:55 p.m. Thursday. The keys had been left in the car and the engine was still running, authorities said.

The taxi was quickly located and authorities attempted to stop the vehicle. Authorities then begin pursuing the suspect, believed to be a man, on the northbound 5 Freeway.

The suspect led CHP officers on the 710, 60 and 605 freeways before getting back on the northbound 5 Freeway. At one point, the driver cut through a Caltrans closure in Norwalk.

As the suspect traveled through the 710 Freeway, a spike strip was used.

The suspect continued driving between 40 and 50 miles an hour on the northbound 5 toward Castaic. A second spike strip was deployed, which took out the remaining three tires, authorities said.

The pursuit eventually ended in Lancaster around 3 a.m. Friday. The suspect was arrested.