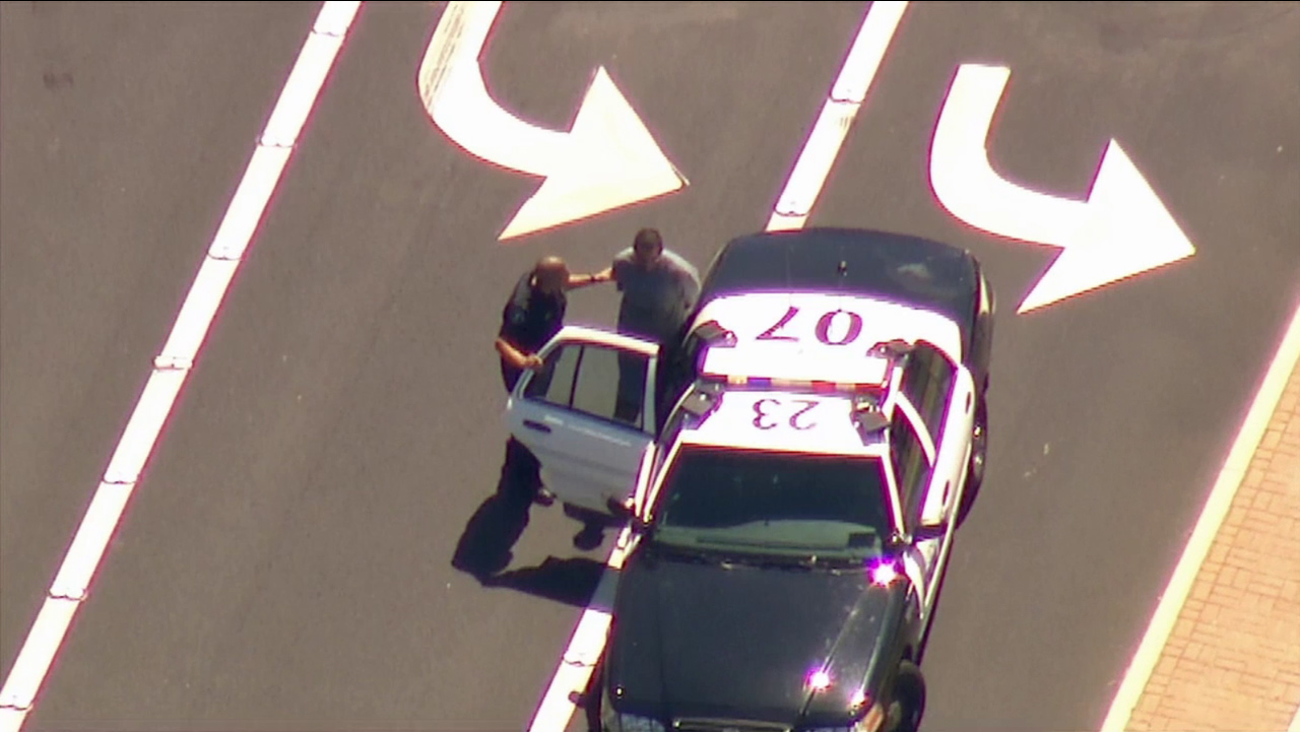 A man who led police on a chase near Disneyland was taken into custody on Friday, March 27, 2015.

ANAHEIM, Calif. (KABC) -- Four people were taken into custody Friday after leading police in a pursuit near Disneyland in Anaheim.

The chase began at about 12:30 p.m. in the 7500 block of Beach Boulevard when police attempted to pull over a reported stolen vehicle. The back windshield of the car said, "We support our local police dept."

One suspect bailed on foot at the beginning of the pursuit and was taken into custody.

The male driver stopped his car at about 1 p.m. near State College Boulevard and Lincoln Avenue. Two other women were also seen in the car. All were taken into custody.