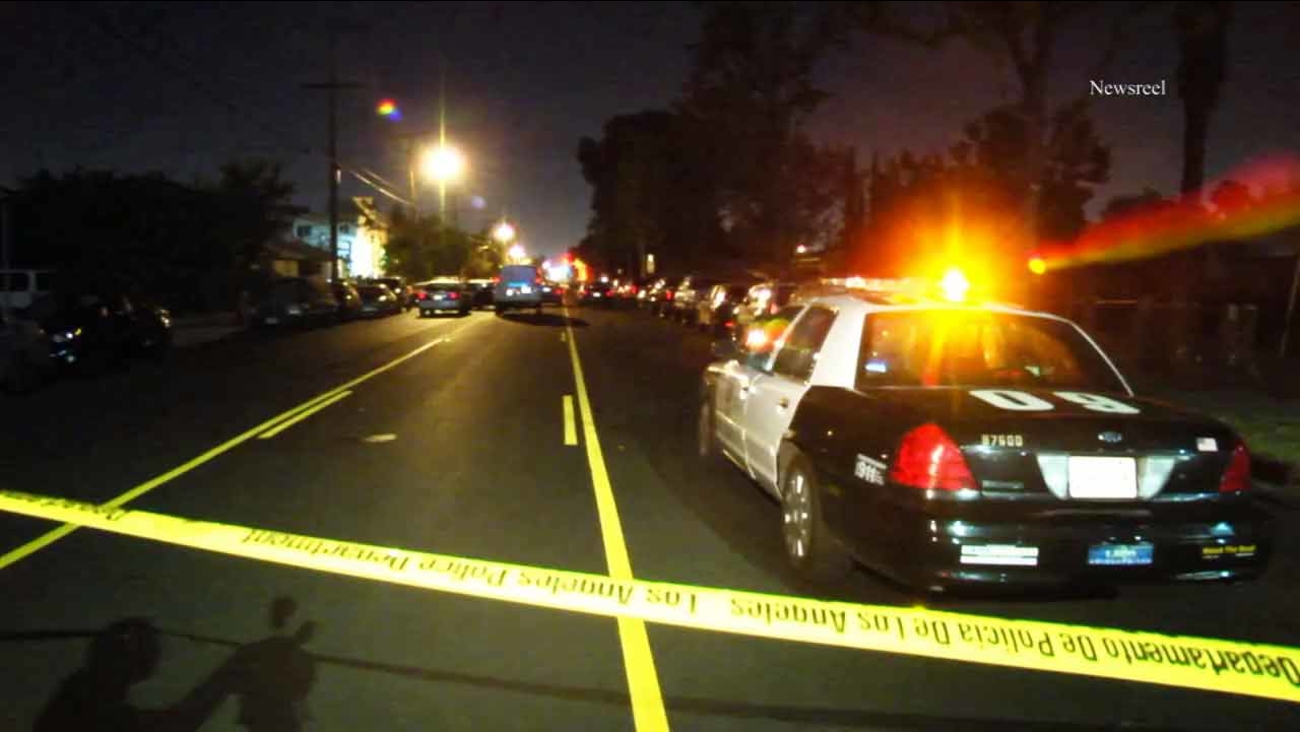 Crime scene tape ropes off the scene of a fatal shooting in Valley Glen on Wednesday, April 1, 2015. (KABC)

VALLEY GLEN, LOS ANGELES -- A search is underway for a gunman involved in a deadly shooting on the 6400 block of Fulton Avenue in Valley Glen.

Police say a resident was standing on his front porch when a man walked up and shot him, apparently without warning.

Los Angeles police immediately set up a perimeter to find the shooter, but he was able to get away.

It's not known what sparked the violence.