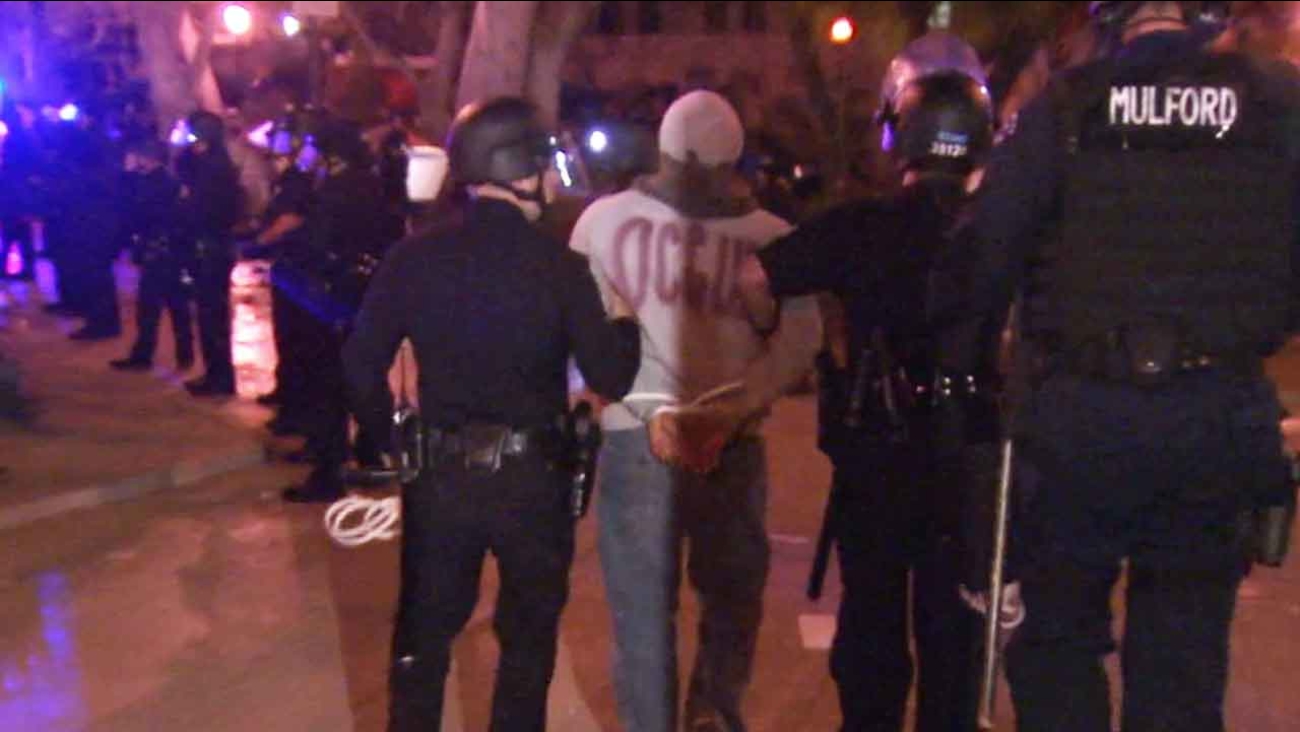 A demonstrator is detained at an Occupy LA camp at City Hall in this Nov. 29, 2011 file photo.

LOS ANGELES (KABC) -- The city of Los Angeles has agreed to pay $2.45 million to settle a class-action lawsuit filed by about 300 Occupy LA protesters and observers who accused police of improperly arresting them.

On Nov. 29, 2011, police evicted protesters from an Occupy LA camp at City Hall. A suit was filed in December 2012 on behalf of some of those protesters.

Dan Stormer, one of the attorneys representing the plaintiffs, said some of his clients were detained unconstitutionally, others were handcuffed too tightly and held on buses for six hours without being allowed to use the bathroom.

"It was a situation that never should have happened," and police acted in an "overzealous" way, Stormer said.